Her attacker … twice her size … tried to force his way into her home. He was wearing a mask. “This is a robbery.”

She grabbed an aluminum bat and made him regret his decision.

By the time she was done, he had fled, and he was apprehended, he looked like this: 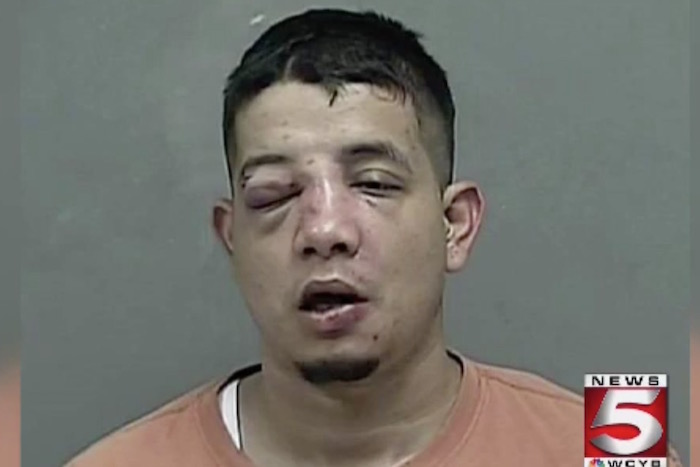 Her 18-year-old daughter and her friend helped fight the guy off. (He should have known better than to mess with a mom.)

At one point, she pulled off the attacker’s mask. She was surprised to discover it was someone she had known for 15 years.

Her message to other women?

Just Be strong. I know it’s scary. Try to get over your fear. And react.

The guy who tried to rob her? If he ever rejoins public society? He’s going to want to get honest work. He’s a really inept criminal.

Somebody get him a copy of this book. It could help him stop being such a ridiculous weenie.