Seriously. Put down the coffee. Or your laptop will be wearing it.

What happens when two socialists head out for lunch? 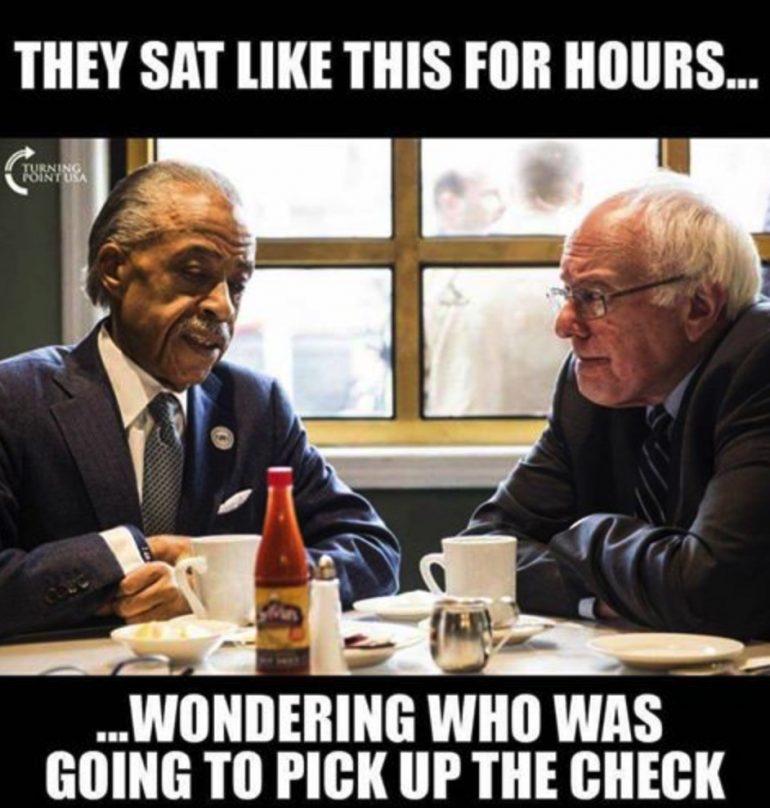 Both want ‘The Rich’ to foot the bill.

But aren’t they ‘The Rich’?

Or are they just waiting for the American people to pay for their lunch?

They should be grateful to have food to eat.

Not like the great Socialist country Venezuela, where the average citizen has lost 19 pounds on the ‘Maduro Diet’.

Not that Barry would’ve objected to a slice of dog.

I wonder what it is that they had to eat… chances are it wasn’t anteater.

Yo, Socialists, you need to read this before you’re trapped in a restaurant for hours trying ot figure out who should pay the bill.