It’s a question we’re not supposed to ask. So we’re asking it.

Because Free Speech is important, and hard questions are the starting point for positive change.

Is Islam a positive force for good? Or does it make places worse?

There are a few different ways to ask this question.

You could use then-and-now photos of a few nations like these: 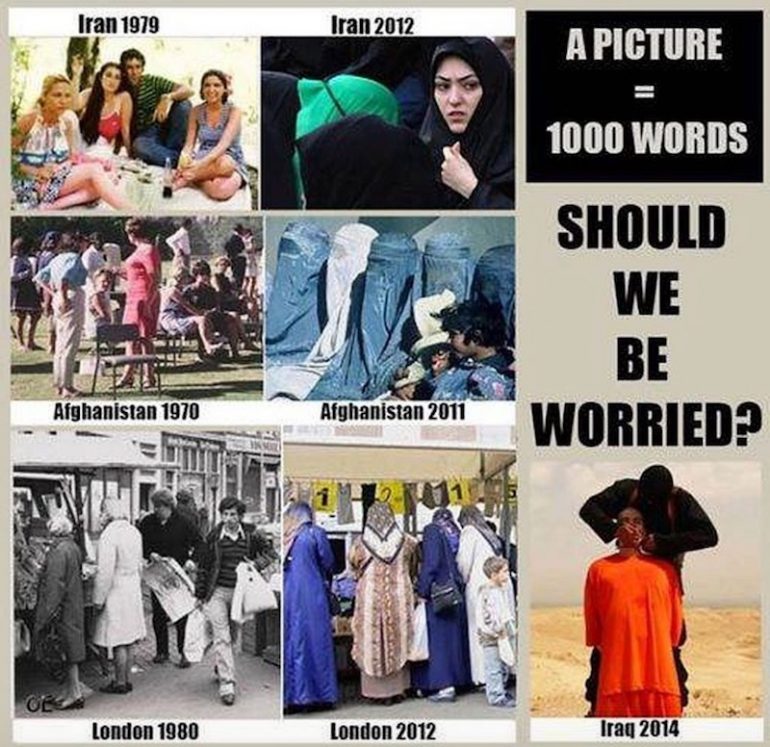 You could pose a question about how vulnerable people are treated. 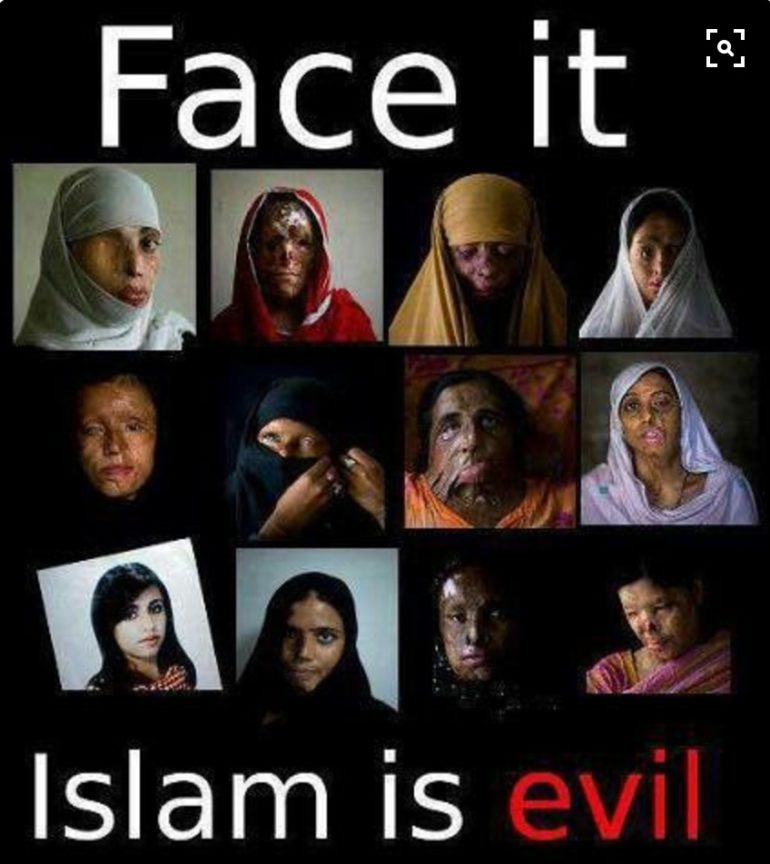 You might look at the change mass migration has had on neighborhoods they’ve moved into.

Where even the police have problems: 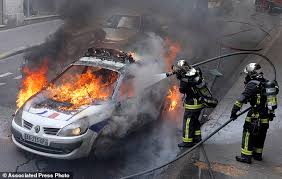 You could look at what happened in England:

Members of a Rotherham sex gang today yelled ‘Allahu Akbar’ in court as they were jailed for abusing a girl who fell pregnant aged 12 after being groomed with alcohol.
Six men were given sentences between 10 years and 20 years – and totalling more than 80 years – by a judge who heard details of how two young girls were sexually abused in the South Yorkshire town between 1999 and 2001.
Judge Sarah Wright described how one of the girls was plied with alcohol and drugs and was having sex with a number of men from the age of 11.
The victim, in a statement read to the court, said: ‘There’s evil and truly evil people in the world. I feel my child was the product of pure evil.’
The sentencing marks the end of a series of three major trials after a report on child sexual exploitation in Rotherham revealed that more than 1,400 youngsters had been groomed, trafficked and raped in the town over a 16-year period. — Independent

Where another article said the victim couldn’t flee to anther city, because the rape gangs are all networked to each other!

According to the Christian Association of Nigeria, 900 Christian churches have been destroyed in 12 northern states that adopted Islamic law, in the early 2000s.

A blasphemy case was registered against Shaan Taseer — son of Salman Taseer, a human rights activist and defender of persecuted Christians who was assassinated by Muslims — for saying “Merry Christmas.” — Pakistan.

Thanks to dishonest Muslim translators, immigration officials are rejecting asylum applications from Muslim converts to Christianity from Iran and Afghanistan during what one pastor characterized as “kangaroo court” hearings. Rev. Gottfried Martens accused the “almost exclusively Muslim translators” of deliberately mistranslating their responses to disqualify their applications. — Germany. (source)

We could go on…

But do we need to? Maybe you already have an answer.

Are you — in the name of ‘tolerance’ going to meekly stand by and let Islam dictate what America will look like in our children’s generation?

Dearborn Michigan is already Muslim-majority. How’s THAT working out?

Has Islam Made Countries Better Or Worse?

Maybe we need to put one of these in the hand of every legislator and media pundit.