That’s been the entirety of the news cycle since January.

The Left is really pissy that Obama’s Fundamental Transformation of the nation has been put on ice. And they want it back. At any price.

But will it backfire?

Have they not figured out what November was? It was a decisive vote for change. A vote against the status quo. Out with the establishment.

And the Left — not to mention a great many RINOs — DEPEND on that same establishment for their own agendas. Or special interests. Or returning the favors that got them into office in the first place. Is it any wonder this amounted to a declaration of war?

But let’s turn their threat on its head.

The Left uses FEAR to coerce people to do things they don’t want to do. Because Reason is seldom on their side. That’s why they play the ‘RacistSexistHomophobeIslamophobe’ game. They want to cow us into obedience.

And too often — it works. We back down for fear of the consequence.

Huckabee: You want to Impeach Trump?? DO IT!! Pull the trigger.. Double Dare You @MaxineWaters!It will END your Party 4EVER!

Remember, this is their dangerous gamble.

They literally have no other cards to play but this one, (short of armed rebellion — and if they’ve bothered to do the math there, it’s not a great option in a nation of armed citizens like America).

They don’t have Congress. Or the Senate. Or the President. And Gorsuch threw a wrench into their end game.

What if we call their bluff? They won’t get to play with innuendo anymore. They will have to make their case in the public eye.

And their best arguments will be open to cross-examination by people with skill sets comparable to those of Ted Cruz, Jason Chaffetz, or Trey Gowdy.

What if we TEACH the Right how to reclaim their testicles, and stop bowing to Liberal fear-mongering?

What if we strip the Left of their weapon of fear? 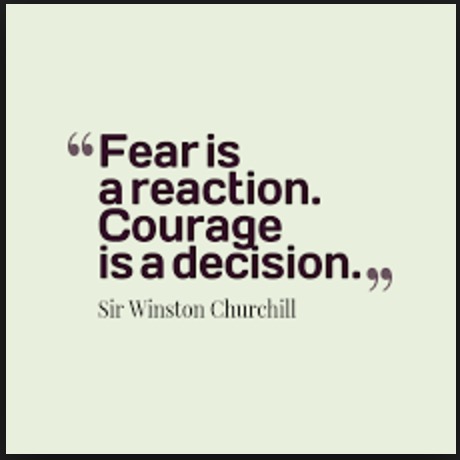 THEY will be the ones who will be stripped of their weapons. It will be their turn to cower when WE roar.

Fear is their Goliath. That, more than anything else is what’s paralyzing the Right.

Remember what happened when Goliath fell? The Philistine army was scattered, and the Men of Israel found their courage.

Why would this be any different?

QUESTION: Will The Lefts' 'Impeach Trump - Russia BS' Blow Up In Their Face?