Brustman bought tickets as soon as they went on sale, and scored some primo seats in the first row behind the visitor’s dugout. 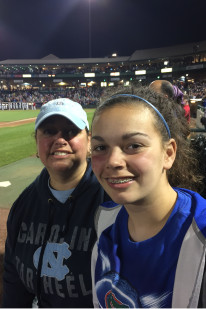 “They were warming up and throwing in front us, and I wasn’t paying attention,” said Doug Brustman, who brought his 13-year-old daughter to see her idol play…

…But the dream location turned into a painful encounter when the former NFL quarterback overthrew a ball to a teammate. It zoomed right underneath the railing — and found its landing pad on Brustman’s nether regions. 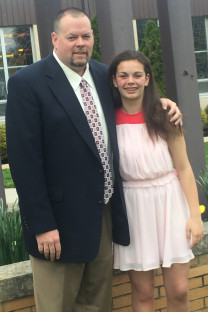 Doug Brustman and his daughter, Morgan

“I hear this guy behind me yell, ‘Watch out,’” said Brustman. “And as he’s yelling, the ball comes right through the railing and hits me right in the nuts. It was a direct hit.”

As the 45-year-old, Manchester, NJ resident was doubled over in pain, he was able to squeak out one question: Who threw that?

“It was literally like a Seinfeld episode. The guy behind me shouts, ‘It was TEBOW,’” said Brustman. “It reminded me of his days with the Jets when he couldn’t complete a pass. This guy is so inaccurate, even with a baseball.” 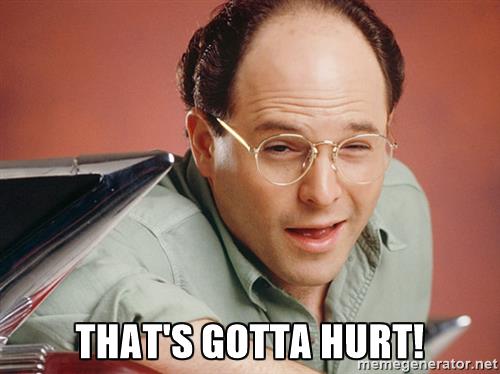 This bro certainly has a fantastic sense of humor about the incident, though:

To add insult to injury, Brustman, who attended the University of Tennessee — Florida’s SEC rival — was wearing a Vol’s hat.

“I said, ‘I think you saw my hat and beaned me with the ball.’ He looked at my hat, laughed and fist-bumped me.”

Tebow even signed a couple of his books that Morgan had brought along in case she came face-to-face with the star athlete.

Brustman says his daughter was thrilled to meet Tebow but still had a good laugh at her dad’s expense:

“As soon as she stopped laughing, she was excited,” Brustman said.

“It is really funny, except that it hurts.”
Read more: New York Post