You’re going to LOVE this!

From rowdy ClashDaily contributor, John Cardillo, who titled this, ‘What a difference an election makes. #MAGA‘: 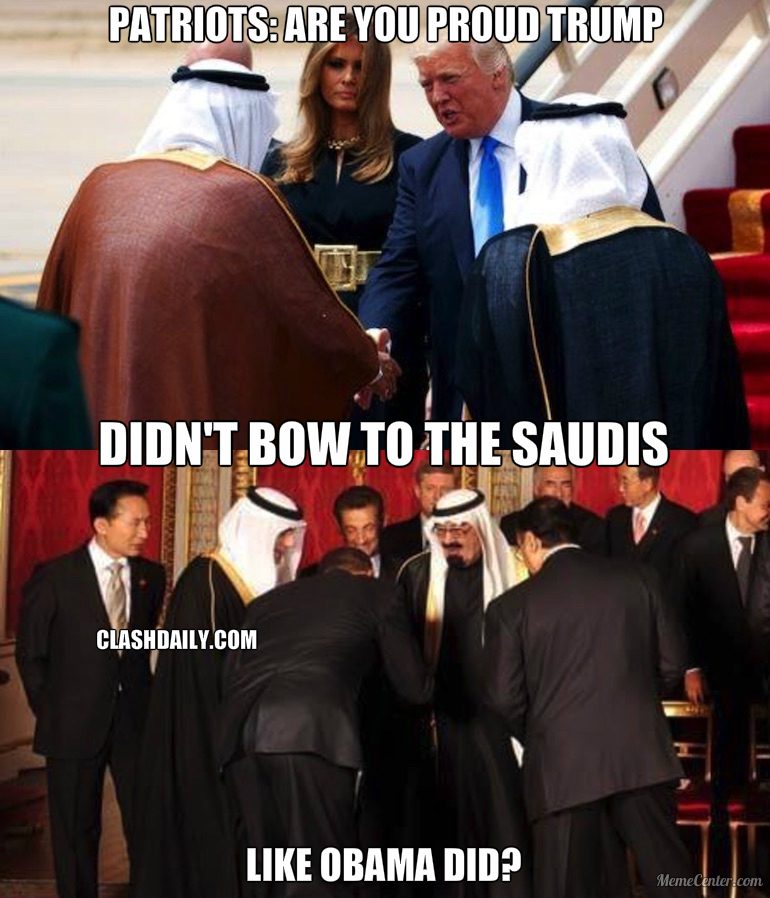 PATRIOTS: Are You PROUD Trump Didn't BOW To The Saudis Like Obama Did?

Aren’t you glad we don’t need this anymore?

The Obamapologists in the Media (D) will find a way to defend their Hero, I’m sure.

And they have puh-lenty to criticize with President Trump.

If they don’t — they just make it up.

The Media (D) talking heads keep saying that President Trump should ‘focus on governing’, but then claim that he’s just trying to ‘distract from the Russia probe’ when he does just that.

They’ve set up the game as ‘heads we win, tails you lose’.

And they wonder why President Trump says that ‘Fake News is the enemy of the American people’.

The Media (D) has rigged the system to make anyone on the Left look like a knuckle-dragging mouth-breather.

Media (D), THIS President isn’t going to take your crap.