As Manchester police are investigating what happened at the Ariana Grande concert, video surfaces claiming to be from ISIS that references an attack — and it’s just SICK.

But then, what else would you expect from ISIS?

They specialize in sick.

The brief video says, ‘In the name of Allah, the Merciful, the Grateful, this is only the beginning. The lions of the Islamic State of Iraq and Sham are beginning to attack all the crusaders.‘

It ends with the usual call that sounds kinda like ‘Aloha Snackbar’, while the unconfirmed terrorist holds up a sign that reads: ‘Manchester 2017-05-22’. 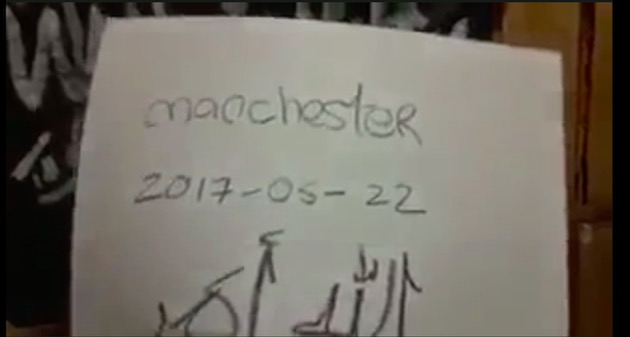 Twitter was abuzz with tweets by ISIS supporters celebrating the attack that killed 22 people and injured 59, many of whom are children.

Now, understand that this video has been unconfirmed as an ISIS video, and could be a copycat vid.

But wouldn’t they express the same idea?

ISIS claims responsibility for Manchester Arena terrorist attack.
Who would have thought… pic.twitter.com/Cq6JW2RBYM

And where are all the ‘moderate’ Muslims?

Well, ClashDaily can help you a bit with that.

The blood of #Manchester's children is on the hands of men in the West who refuse to name Islamism as a problem, let alone fight the cancer.