BOOM! Was the USAA expecting a response like THIS from a prominent veteran?

Did the USAA REALLY think it through when they stopped advertising on Sean Hannity’s show? 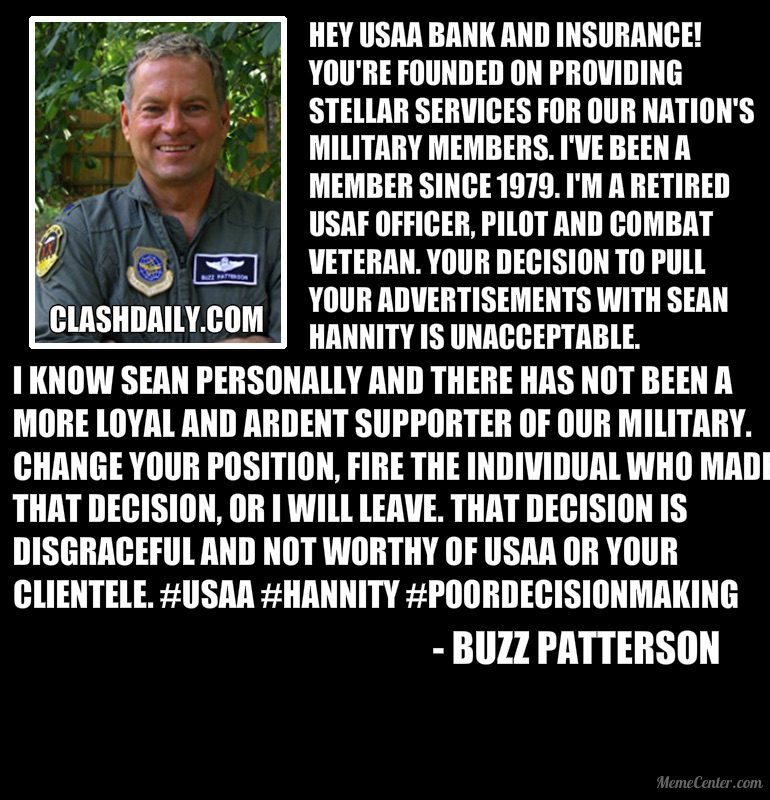 Buzz is the author of the two New York Times Bestsellers, ‘Dereliction of Duty: The Eyewitness Account of How Bill Clinton Compromised Our National Security‘, and ‘Reckless Disregard: How Liberal Democrats Undercut Our Military, Endanger Our Soldiers, and Jeopardize Our Security‘, as well as ‘Conduct Unbecoming: How Barack Obama Is Destroying The Military and Endangering Our Security‘.

You can read more about Buzz Patterson here.

The USAA caving to the demands of Liberals is just wussy-like behavior.