Are American colleges teaching ANYTHING other than social justice these days?

Now that college students can feel comfortable walking around as a pansexual, non-binary trans-species meerkats wearing onesies, the next logical thing to do is to calculate their potty privilege.

Yes, this is apparently a thing.

Well, the ‘pee privilege’ is a thing.

It was intended as satire.

Though we apologize if we offended anyone that is pansexual, non-binary trans-species meerkat wearing a onesie.

At least ‘Pee Privilege’ is a thing at Northern Arizona University.

If you were to take a tour around the campus, you’d find signs like this: 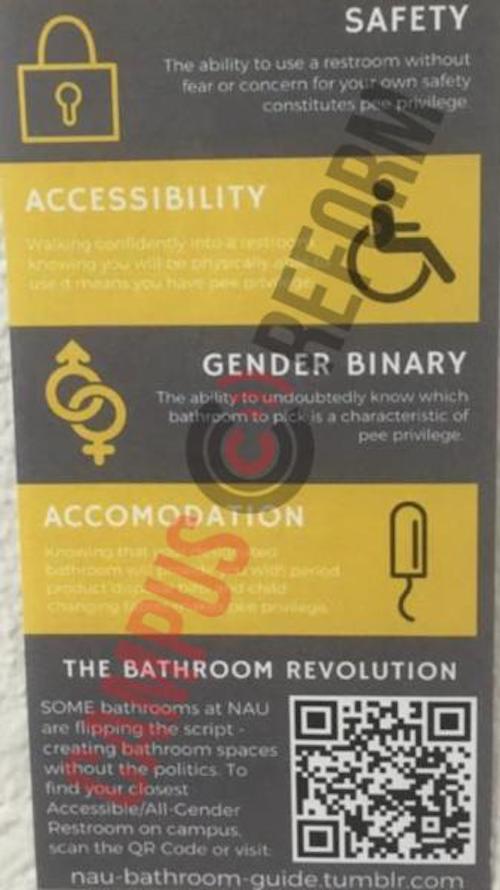 The sign reads, ‘The ability to use the restroom without fear or concern for your safety constitutes pee privilege‘.

“Do you have pee privilege?” one sign questions, informing restroom-goers that if they “never have to think about gender identity, ability, or access when peeing,” then “[they] do.”

They give you Do’s and Dont’s on how to react to people using the bathroom. 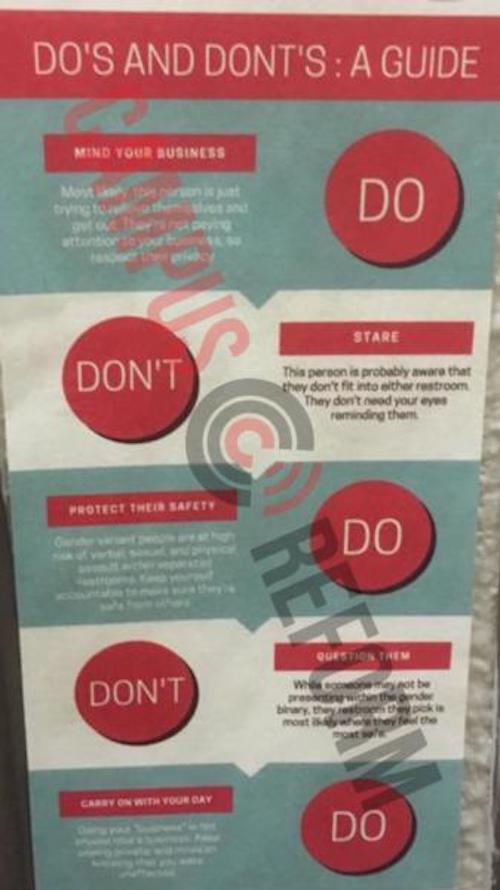 FYI, you’re supposed to read this horizontally and not vertically.

Having the BIG circled word ‘Do’ over the heading ‘Stare’ is just a wee bit confusing.

And you’re apparently not supposed to ‘question’ someone that you think is in the ‘wrong’ bathroom.

All of the signs scattered on the NAU campus direct people to this website that catalogs all of the bathrooms on campus.

Does this mean that people that use disposable undergarments have the most privilege?

‘Cause hey, they can go anywhere.

You know what this ‘Pee Privilege’ nonsense tells me?

That there is way too much downtime in college these days.

Or the kids aren’t using their time effectively.

Do you know what these kids should be studying?