What, were you waiting for a formal declaration of war?

Why would they possibly DO such a thing? What did we do to make them HATE us so much? It’s probably because we’re… (fill in the blank). Such questions are about as helpful as asking the rape victim about her short skirt. 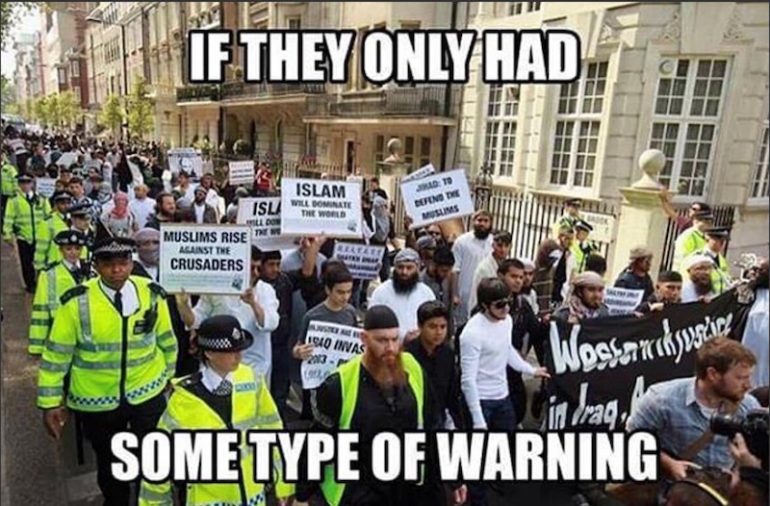 Guess again. Islam has been violent and expansionist since day one.

But too many of us are afraid to say anything about it. Becuase that would be ‘Islamophobic’.

Funny how THEY don’t get called any kind of ‘phobic’ for EXPLICITLY wanting to dominate and crush anyone and anything that stands in the way of THEIR ideology.

Isn’t that what we didn’t like about Hitler and Stalin?

But should it suprise us? The ‘Progressives’ put ‘peace in our time’ ahead of stopping them, too.