In Brussels, there was yet another terrorist attack.

On ‘World Refugee Day’ no less.

There have been reports of ‘allahu akbar’…

And reports of a guy wearing an explosive device…

(but these have not yet been officially acknowledged.)

A suicide bomber who allegedly shouted ‘Allahu Akbar’ and triggered an explosive vest at Brussels Central Station has been gunned down and killed by soldiers.
Shots rang out soon after 9pm as police and soldiers moved in ‘to neutralise a suspect who was threatening civilians,’ said an investigating source.
The suspect was said to be wearing a rucksack packed with explosives around Belgium’s busiest railway station.
Tourists were among those who fled in panic, and within a few minutes nearby shops and restaurants were shutting down.
The Grand Place, the city’s most popular tourist spot, was completely evacuated because of fears that the man might not be acting alone. 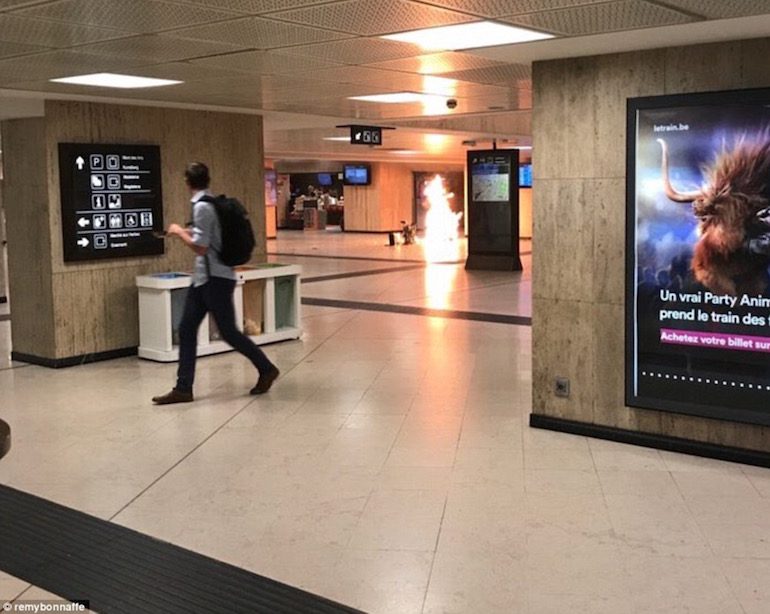 ‘The attacker was shot several times, and it appears that he triggered a device,’ said the source. There are no other casualties.
Het Laatste Nieuws tabloid newspaper quoted what it said were witnesses saying a man shouted “Allahu Akbar” in Arabic before a small explosion.
Soldiers ran toward the spot, saw wires protruding from the man’s clothes, and shot him. That account could not be independently confirmed.

Not taking any chances, their military is showing up on the scene.

Military has just arrived to central station in #Brussels where the explosion happened pic.twitter.com/ICx4PNo0rX

Images shot at the scene showed an explosion, and what looked like an individual on fire. Belgian Rail says traffic has been halted at the station with local media reporting that there was a small blast there.
Belgian Police have said an incident with a person in Brussels central station is under control.
Soldiers, firefighters, armoured trucks and police were pictured outside the station after it was evacuated. Federal police have confirmed the blasts and say soldiers opened fire on man. –Read more

President Trump was right about #Brussels from Day One. pic.twitter.com/JQTcspR4BE