London mourners haven’t had a chance to switch back their Facebook filters, and we’ve already got another attack on our hands in Paris.

*update* (12:13pm) EST — witnesses are reporting the attacker was screaming ‘It’s For Syria’.

He also had other weapons on him. Reportedly, knives.

Fortunately — this time — the good guys are ok.

As London’s mayor and US networks will be happy to remind you, we ‘mustn’t rush to conclusions’ about who did this or why.

They’ve probably dreamed up stories already about a personal grudge or workplace violence incident to explain it away, just like some talking heads discussed a possible ‘bad driver’ on the night of the June 3rd London attack.

Anything but calling it what it REALLY was, right? But based on past history..? 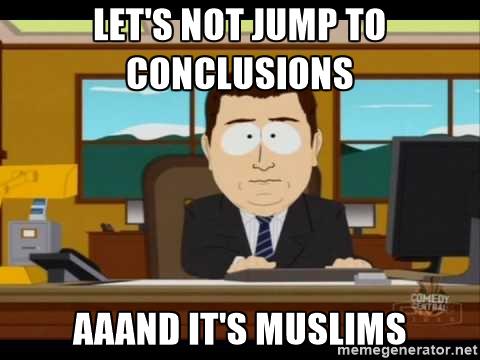 (That’s where the smart money is, anyway.)

Parisian cops dealt with an attacker outside the Louvre in February, who and killed attacked another cop.

The Parisian cops this time were outside another significant landmark… it’s one of the most recognizable Cathedrals in all of Christianity.

This mensa reject had a hammer in his hand and was generally threatening passers-by and nearby police.

He charged the cop — reports say the cop was struck in the head — and the hammer-swinger got shot twice in the chest.

The latest on police in Paris attending an incident at Notre Dame Cathedral and are warning the public to stay away https://t.co/zfw1nXuv5x pic.twitter.com/J20zUKso7J

Because the police intervened quickly, we are able to see tweets like this one:

We’re happy to report that the situation seems contained.

We’d be happier to report that the root Ideology spawning these attacks was smashed to atoms.

On that note, here is a podcast talking about this issue in a way that few commentators DARE. Check it out for yourself, and let’s start having MEANINGFUL conversations about how to stop these attacks, rather than just vigils to mourn the last one that happened.