His Twitter-war with Trump is starting to make the infamous Rosie feud look Jayvee.

Trump and Khan are slamming each other on Twitter, and have been for months.

Khan, it should be noted, is a Muslim. So he is personally invested in what Trump has been saying about Muslims and foreign policy.

Mr Khan said Mr Trump’s state visit should not go ahead. ‘I don’t think we should roll out the red carpet to the president of the USA in the circumstances, where his policies go against everything we stand for,’ he told Channel 4 News. —DailyMail

‘When you have a special relationship it is no different from when you have got a close mate. You stand with them in times of adversity but you call them out when they are wrong. There are many things about which Donald Trump is wrong.’

…Liberal Democrat leader Tim Farron also said Mr Trump’s decision to go on the offensive in the wake of a major terrorist incident should disqualify him from making a state visit to Britain later this year.

…Mr Khan appeared to criticise Mr Trump yesterday while addressing police funding. He noted that London has other responsibilities due to its status as a capital city, ‘from major events … to state visits – some welcome, some less so’.
Their row began in January, when Mr Khan labelled the President’s travel ban ‘shameful and wrong’.

So… ‘Refugees Welcome’ but the President of the nation that came to their rescue in a couple of World Wars? Not so much. Got it.

Where do Khan’s loyalties lie?

He’s the same Mayor who weighed in to criticize America’s sovereign right to manage its own borders, as though a British Mayor had any interest or authority in America. He should ask around about July 4th and it’s historical significance.

Funny, the mayor didn’t really like it when Trump pointed out just HOW wrong Khan had been on that very same issue.

And he’d probably get REALLY irritated if you brought up any stories about European Mosques that were busted for doubling as Weapons Caches or concealing bomb vests.

Khan can tell the rest of us that this is ‘just part of living in a big city’.

Meanwhile, Poland (and Hungary) will enjoy their distinct LACK of any such attacks. 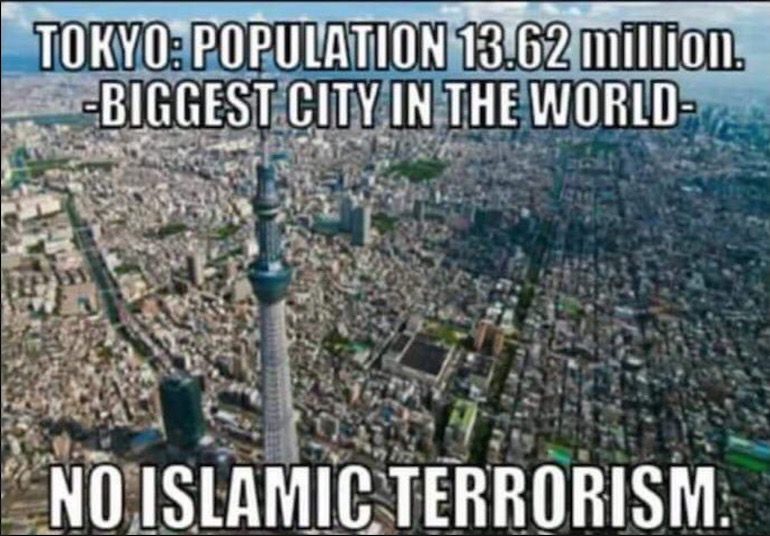 They are ‘shocked’ when they see attacks like this.

But police in London will stand and protect a demonstration that looks like this: 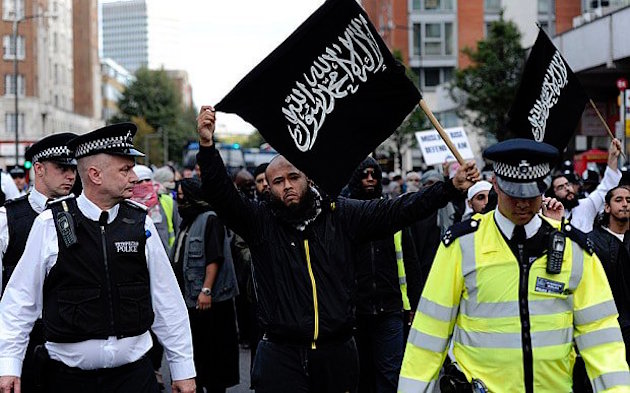 Some of the faces we see in such marches are literally the same faces we later see laying dead on the street.

One might begin to wonder if he’s got divided loyalties.