The Obamas have been globe-trotting.

They are now halfway around the world.

Do you want them to come back? 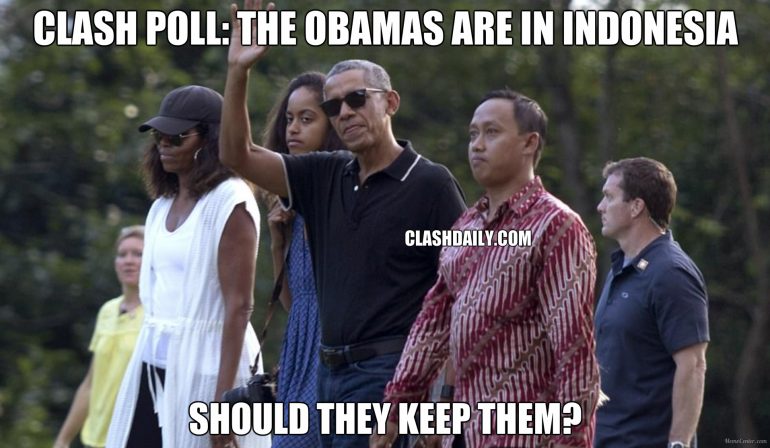 No, that’s not even accurate. Those people EARN a living.

Should they stay away? Or would you like to see them come back?

Maybe Barack could answer a question or two about some sketchy things that happened during his Presidency.

CLASH POLL: The Obamas Are In Indonesia - Should They Keep Them?