Is it important that President Trump celebrates Ramadan?

The tokenism of participating in a religious meal with people when you don’t share their religion… is that a meaningful exercise? Or does it cheapen and politicize the faith itself?

But neither were some of the Presidents before him (#44 is not a settled question), but they had a dinner for the conclusion of Ramadan.

Is he going to have to celebrate EVERY religious occasion to make everyone happy?

There are a billion people in India. Should he have to celebrate ‘Janmashtami’, too? (Admit it, you had to look it up.)

The president and first lady issued a statement Saturday, recognizing the Eid al-Fitr holiday.
‘On behalf of the American people, Melania and I send our warm greetings to Muslims as they celebrate Eid al-Fitr,’ the statement from President Trump reads. —read more

But he’s not putting on a BS show about it.

That’s not even taking the time to address the question of whether Ramadan is WORTH celebrating.

The body count during Ramadan was pretty high. 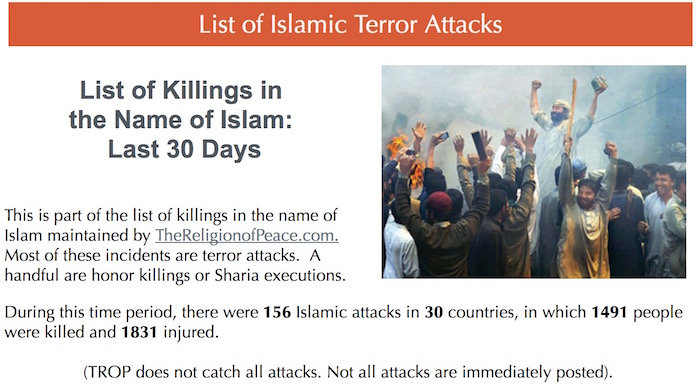 Not present in those numbers were the ‘green-on-green’ (Muslim-on-Muslim) attempts that failed, like the one that was narrowly averted in Saudi Arabia.

At the other extreme of the spectrum is Canada’s Prime Minister standing up during the Pride March he’s participating in to give a shout-out to Devout Muslims.

What do you think about the White House dinner? Big deal, or no?