Is it really even CLOSE?

When Gabby Giffords was shot, they blamed the Sarah Palin and the Tea Party. When Republican Whip Steve Scalise was one of several Republicans shot… they blamed Trump.

But that’s the Media (D)’s opinion. What about yours?

It’s because of violent language… they said.

Maybe the problem could be from the methodical dehumanizing of political opponents.

The dead guy is personally and SOLELY responsible for his actions.

But if people are going to complain about over-heated rhetoric and violence? Look around.

Groups like Antifa and BAMN are not rhetorically violent but PHYSICALLY violent. Cheering when they trash the liberties of political rivals.

In the election, we saw people blaming Trump for violent protests.

It came to light that there was ORCHESTRATED violence on the part of Hillary’s surrogates, trying to implicate Trump.

We see ‘Antifa’ crowds hitting people over the head with skateboards.

We see University Profs hitting strangers over the head with bike locks.

We have makeshift grenades made out of wine bottles tossed into crowds.

We have seen Berkley BURN so that one political side would NOT be heard.

Here is a screen shot of some of the vultures cheering the shootings. 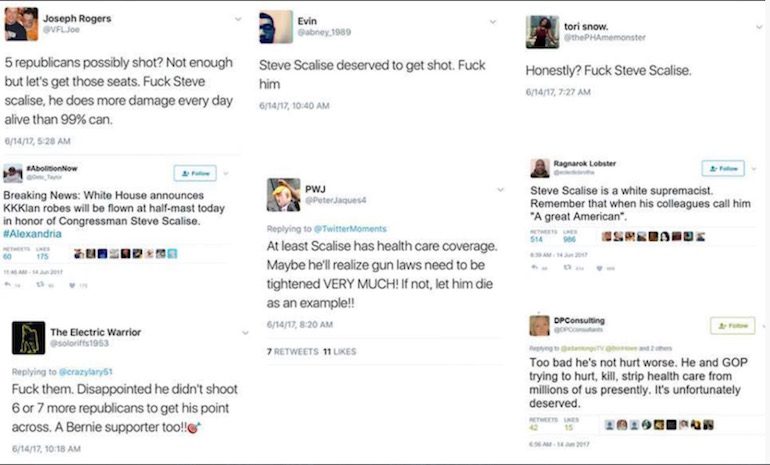 Let’s get a closer look at one in particular… and make her famous. 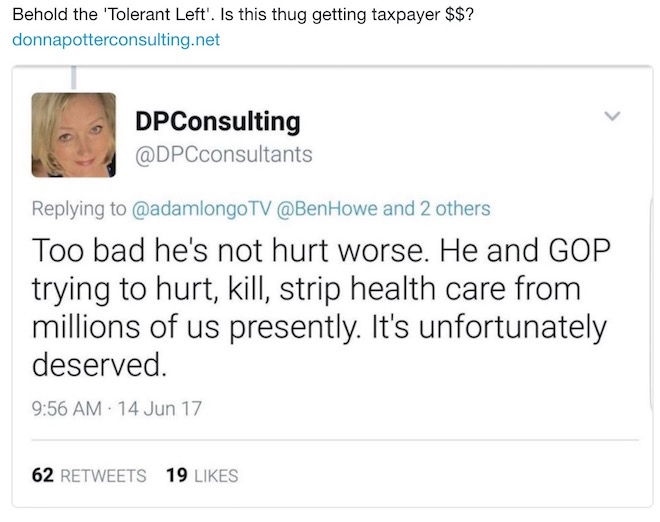 Her Twitter feed went dark… but not before we got a screen grab of it!

So let’s ask the question:

Who's MORE Violent - Liberals OR Conservatives?