If you want to make the rabid feminists lose their minds, this advice is a great way to do it!

We have seen women trying to define beauty and insist that men embrace it. Guess what? It doesn’t work that way.

Feminists have pushed that with pictures like Lena Dunham eating cake while sitting on a toilet. Stark naked.

Notice we did NOT say a slice of a cake. No, an actual cake.

Considering the levels of marital failure among so many high-profile Feminsists, maybe they’re not the people who ought to give relationship advice.

One Conservative girl went exactly the other way around. It doesn’t take a genius to understand what psychologists (and lingerie shops) have long known:

Men are drawn by what they see.

Sure, there are other factors at play. Even if a ‘bombshell’ turns out to be an insufferable shrieking monster, no guy will want to stick around with her, but make no mistake, there has always been something that turns a man’s head toward a pretty girl.

Inez Feltscher, a 29-year-old wife and member of the Tea Party living in Washington, D.C., has penned an entire essay for The Federalist arguing that women should ignore the ‘pack of feminist lies that make both men and women unhappier’ and ditch that ‘selfish “be yourself” attitude’ for the sake of their marriages.
In the piece, entitled ‘Staying Fit for Your Husband Is One of the Best Gifts You Can Give Him’, Inez warns that ‘living in a post-feminist culture has made women both unable to recognize what makes men happy, and unwilling to make the effort to achieve that happiness.’

‘Maintaining their figures and beauty — through efforts — is one important way that women can make their husbands happy,’ she argues. — read more

We’re not even talking about surgery and starvation diets. Just eat healthy, be healthy, and dress in something more flattering than those comfy sweats with the Nutella stain.

Even in the busiest of schedules, find the five minutes to put on a little lipstick or a spritz of the perfume you used back when the two of you were dating. He’ll appreciate you making the effort. -read more

Should that cut both ways?

Men are more visual, she says. Women “are ‘no less shallow’, but they tend to be ‘turned on’ by men who display social dominance, power, or an ability to provide for them.”

And guess what? Here they are together. And they look HAPPY!

Here’s her original article, you can judge for yourself! 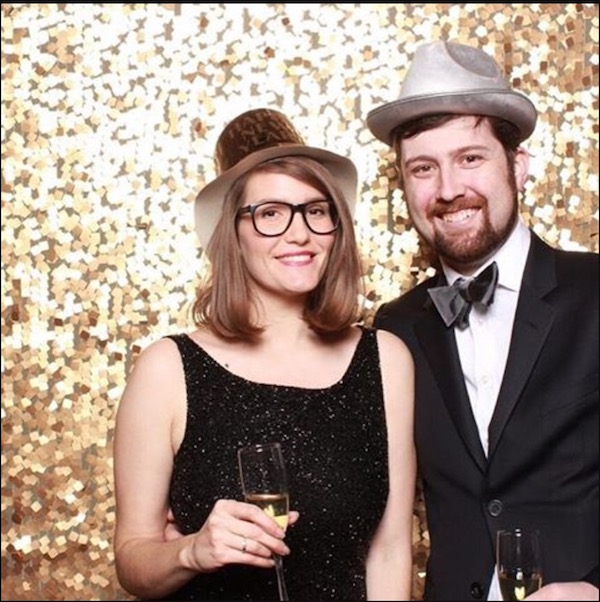 So ClashNation, what do you think? Is she dead on, or way off?

Let us know in the comments!