The ‘largely self-funded’ but still owned by the government channel produced and aired a documentary last year about Jihadis in Britain.

And one of the future terrorist was featured in it.

Was that not a tip off?

Yet, the average Brit seems to have been diligent in reporting the suspicious activities of their neighbor.

The Manchester bomber was reported multiple times as suspicious.

It looks like the same can be said about at least one of the London attackers.

One of the unidentified men was reported, by his friend, to the terror hotline for increased ‘radicalized behavior’.

The London Bridge killer wearing an Arsenal shirt slipped through the net despite being reported to the police twice for extremism including trying to twist the minds of children he bribed with sweets and cash, it was revealed today.

The security services face difficult questions because the 27-year-old Muslim ringleader, known to friends as ‘Abz’, even appeared in a Channel 4 documentary last year about British jihadists and unfurled an ISIS-
style flag in Regent’s Park.

He was also caught on camera alongside two notorious preachers who were well known to police and intelligence officials because of their extremist views.

A friend of the suspect called the anti-terror hotline because he became obsessed with watching hate preacher videos on YouTube and police were later warned he was trying to radicalise children in a local park and giving them treats to listen to him.
Read more: Daily Mail

The Channel 4 documentary shows the suspect in Regent’s Park with a bunch of other jihadis and an ISIS flag. 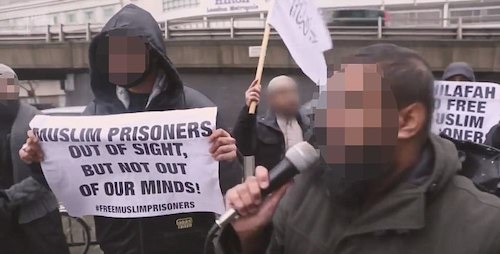 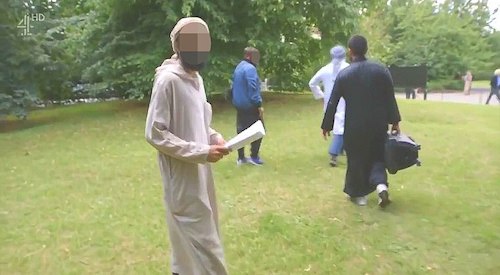 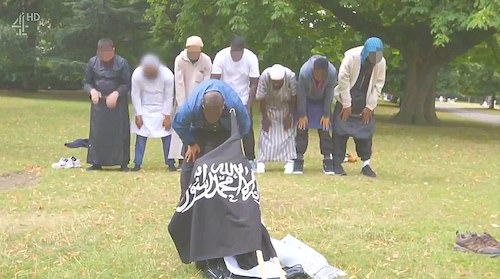 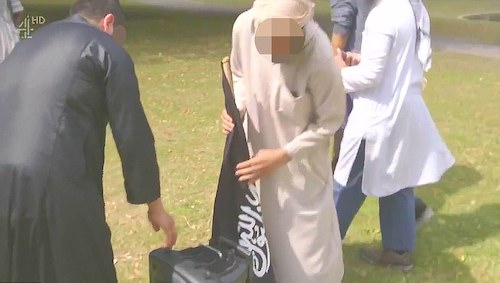 Despite the tips to police, the man still managed to carry out a brutal attack on British citizens.

The friend said, ‘I did my bit, I know other people did their bit but the authorities did not do their bit’.

Here is the full Channel 4 documentary chillingly titled, ‘The Jihadist Next Door‘:

How would you feel if you were a British citizen and knew that THAT was out there?

And it was made by a government agency.

And that people were reporting this jihadi as ‘suspicious’.

And then he attacks your fellow citizens.

The London Mayor says that these kinds of attacks are ‘normal’ for large cities and Brits just need to ‘get used to it’.

I couldn’t get used to it.