London’s Mayor — is he the ‘Voice of Reason’, or is he complicit in the UK’s slow descent to cultural suicide?

The same guy who told us…

…that living with terror attacks – like the one that hit New York at the weekend – is ‘part and parcel of living in a big city’.
[…] ‘It is a reality I’m afraid that London, New York, other major cities around the world have got to be prepared for these sorts of things.
‘That means being vigilant, having a police force that is in touch with communities, it means the security services being ready, but also it means exchanging ideas and best practice.’ (Source)

… denounced [Trump’s] views on Islam as “ignorant,” suggesting Trump’s policies would increase the terrorist threat in both the U.S. and U.K.

Pathetic excuse by London Mayor Sadiq Khan who had to think fast on his "no reason to be alarmed" statement. MSM is working hard to sell it!

Trump is the American President. Khan is the mayor of London.

Remind me, which has faced more attacks that involving words that rhyme with Aloha snack bar since, say, January 20th? Was it the UK, or the USA?

(Maybe this graphic will help answer that question.) 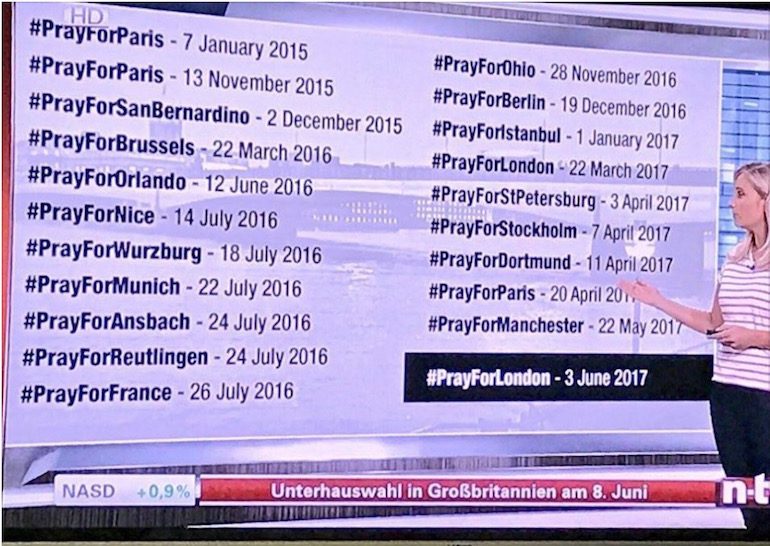 What does Khan think accounts for that difference?

Khan is hiding behind the fact that London is a large city. 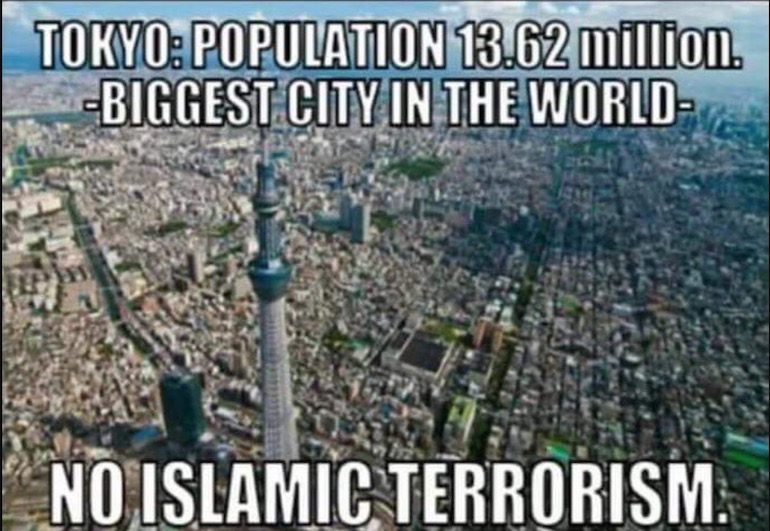 Maybe there’s a different explanation. Hey Poland, what’s accounting for YOUR lack of attacks? (‘Welcome Refugee’ types won’t want you to ask that question. Or worse yet, get the answer.)

Some ‘hard’ conversations are long overdue. Here’s one of them.

Are they ready to start facing facts? Or will MORE bodies have to hit the floor first?