THESE are our ‘moderate’ friends and neighbors?

*correction* — see update at the end of the article

In an oft-quoted article from the Telegraph … less than a month after 9/11 … one Muslim made a chilling claim:

War is our best hobby. The sound of guns firing is like music for us. We cannot live without war. We have no other way except jihad,” he said.

The media has spent the last decade and a half telling us that it is Islamophobic to believe it.

And then we hear reports like this one which unravels ALL their work. 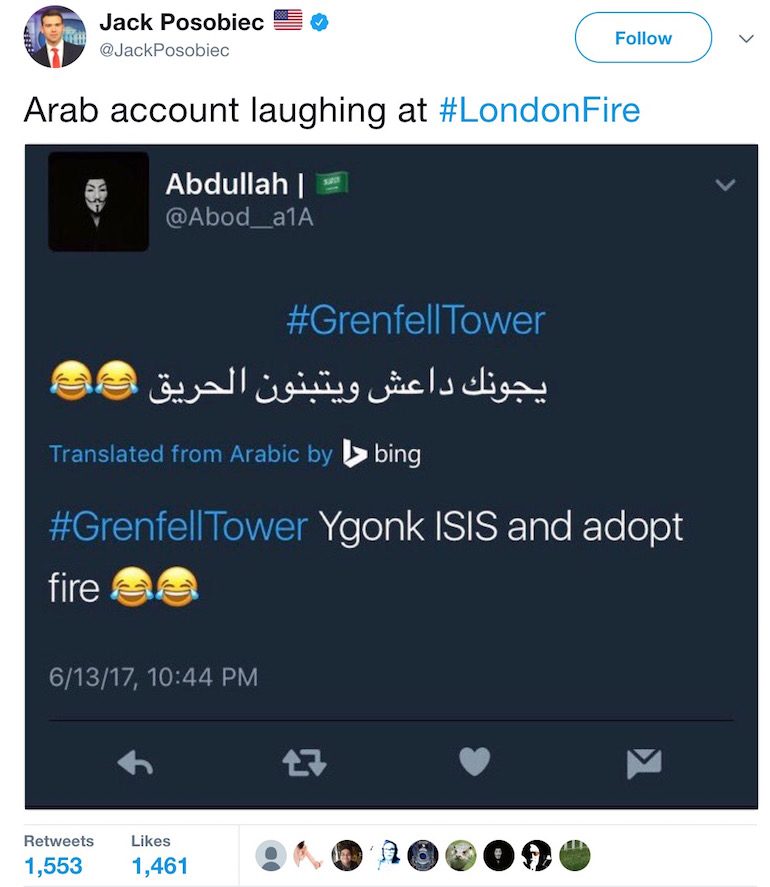 They aren’t the only ones mocking the dead.

But do you know what’s REALLY weird about their mocking laugher?

Moslems were almost certainly among the dead and wounded.

Maybe they’d begin to feel differently if they put a face on the victims.

Then again, maybe they just DO ‘love death’.

*update* due to some confusion evident in the comments section we will add the following:

It is NOT ClashDaily’s assertion that the CAUSE of this event had anything to do with Isalm.

It was that jihadi-sympathizers will cheer the deaths of infidels however they may die. Even if some of ‘their own’ die in the process.

Considering how many people were present in various marches sympathetic to Triumphalist Islam, this cold-blooded reaction should raise some questions about whether they have any intention at all of integrating into society, or whether they just plan to subvert it.