This latest clip was filmed on June 26, 2017. And it has come at the worst possible time for CNN as it reels from the last clip.

Van Jones is NOT a fan of Trump.

With a brief exception where he said ‘Trump became President in that moment’ — better late than never, I suppose — his statements about President Trump have NOT been supportive.

He’s one of Trump’s most vocal critics on CNN. You might remember when he called the November vote a ‘whitelash’. He’s best remembered for his race-baiting.

Nothing burger? Strange, considering he would retweet messages like this one: 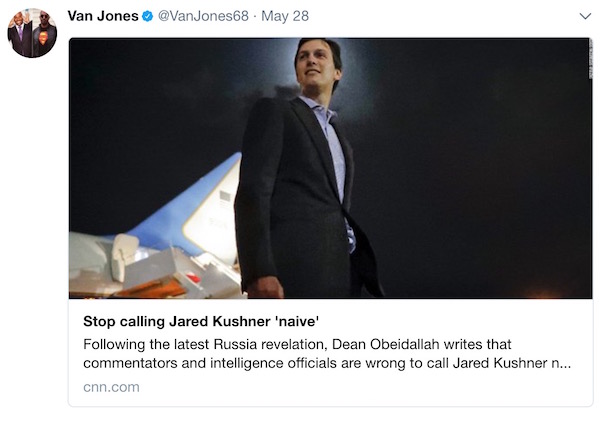 One of his more ironic re-tweets:

But remember the first principle of propaganda. "Tell a lie often and loud enough. . ."

CNN’s been applying that first principle with all their strength to keeping this Russia story alive.

After all who needs integrity when you can have ratings, right?

And Veritas has promised to keep these coming all week.