This is gonna hurt Starbucks sales this summer … Big-Time!

Don’t order that frozen drink until you’ve read this.

ClashDaily has called out Starbucks as crap for a long time now.

They have crap ideas as a company. They crap all over Traditional American values.

Their prices are sick, and their crappy coffee isn’t what it’s hyped up to be.

Now we know why their coffee is crappy. It’s been tested. We weren’t fans before, but now you couldn’t PAY us to drink it.

Are ya still going to Starbucks?

Along with the ice, researchers also studied the cleanliness of tables, trays, and high chairs at 30 of the coffee-chain branches.

Costa Coffee was the worst offender, with seven out of 10 samples “found to be contaminated with bacteria found in feces.”

Starbucks and Caffe Nero also tested positive for “fecal coliforms” in three out of 10 samples.

Tony Lewis, the head of policy at the Chartered Institute of Environmental Health, said the levels found were “concerning.” He said the types of bacteria identified were “the source of human disease,” adding: “These should not be present at any level — never mind the significant numbers found.” 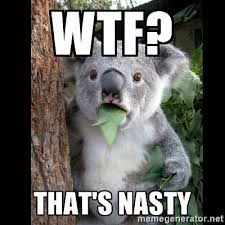 It’s the UK, but do you really think those numbers are much different here?

It’s not hard to believe what that study turned up.

The thing that IS hard to believe is that anyone even goes to Starbucks.