Hillary will NEVER accept the real reason for her loss, so she’s blaming all of these things… 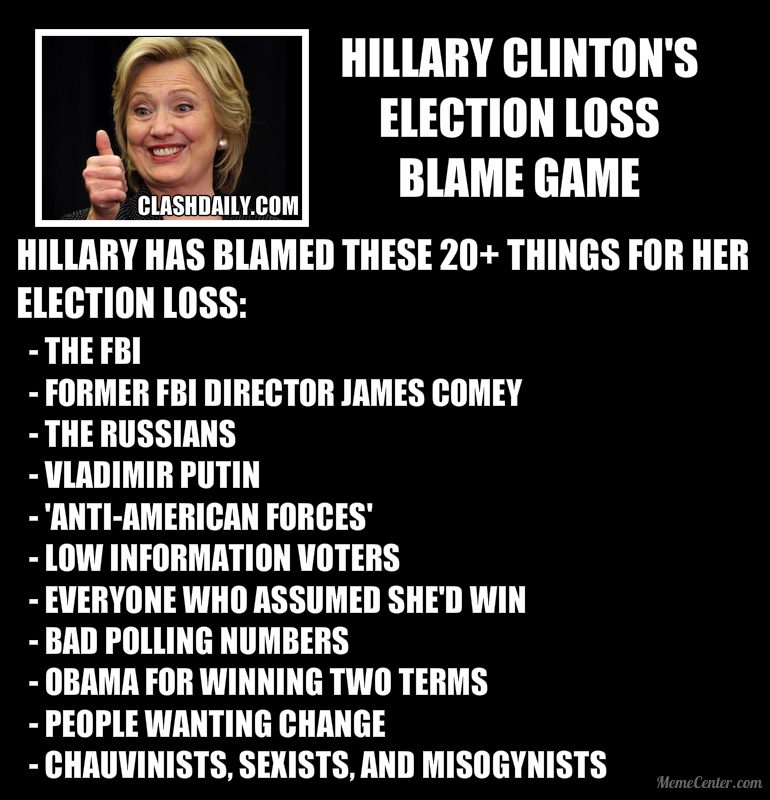 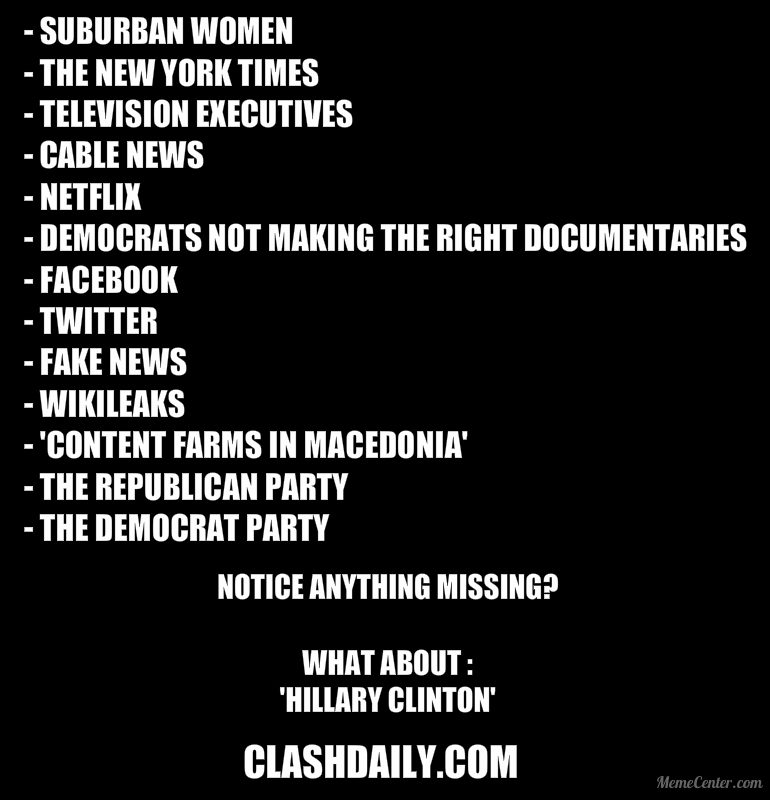 But she’s not the only one. The Media (D) is agreeing with her:

At least the Media (D) kept it down to 4 reasons.

The problem is, Hillary just can’t handle the tough truth.

But at ClashDaily, we’re not going to pussyfoot around it.

So, Hillary, we’re going to give it to you straight with a sympathetic image of Barry to make it more palatable: 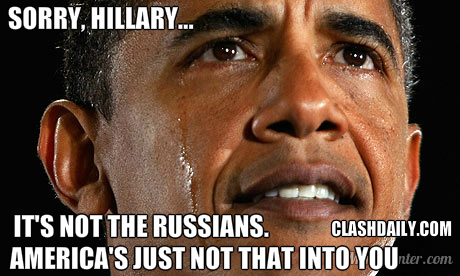