Is this their REAL objective?

A School Board outlawing parts of the Bible?

Those who are quick to advocate ‘hate speech’ laws always assure us it is to IMPROVE the lives of people and to affirm their rights. It’ is NEVER going to infringe on anyone’s rights, free speech, religious or otherwise.

But we’ve seen this story before.

The Gotham mayor’s Commission on Human Rights says entities that fail to address customers by their preferred gender pronouns and titles are in violation of the law and could be subject to penalties of up to $250,000.
The commission issued a “legal enforcement guidance” for the New York City Human Rights Law, which now “requires employers and converted entities to use an individual’s preferred name, pronoun and title (e.g., Ms./Mrs.) regardless of the individual’s sex assigned at birth, anatomy, gender, medical history, appearance, or the sex indicated on the individual’s identification.” — Source

Or how zealots bankrupted a bakery that wasn’t keen on baking a cake with two dudes or chicks on the top?

It’s not enough that ‘they’ (whichever victims group the Left happens to be weaponizing at the moment) be ‘accepted’. They must make everyone else comply with their expectations.

It’s everything they’ve ever tried to accuse ‘bible-thumpers’ of, with one difference: THEIR forced compliance actually exists. 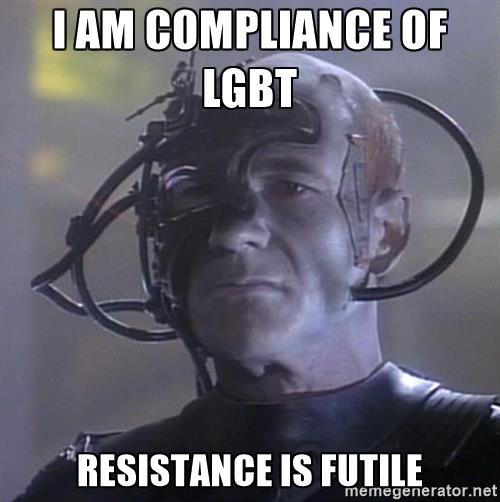 The champions of tolerance cannot tolerate heresy against their ideology. 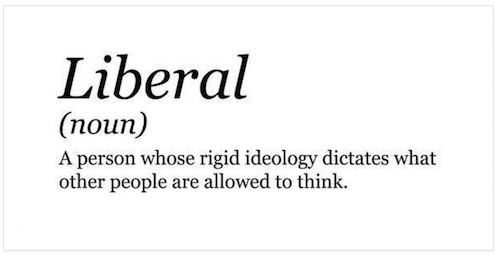 They ‘play nice’ for a little while, and then? They start making demands:

This one happened to take place in Canada.

But considering New York and the Bakery, it’s only a matter of time before they try this stunt here:

But the head of the government school board that oversees Cornerstone, a woman named Lauri Skori, has literally ordered the school to stop teaching passages in the Bible that she personally disagrees with.

I know this sounds crazy. But it’s true. Skori, basically went through the Bible with a black pen and emailed the school telling them what words were now banned.

In particular, Skori has decided that she doesn’t like 1st Corinthians, which states:

In fact, the concept of the separation of church and state — it actually doesn’t exist in Canada.

Our Constitution has religion hard-wired into it — the word Catholic is in our Constitution four times, specifically to protect religious education. That’s part of the grand bargain of Canada, uniting French Canada and English Canada.

It’s shocking, but it’s not surprising. Christianity has been driven out of the public square everywhere in Canada. But surely this is a new low — Christianity is actually being banned in a Christian school.

Government bureaucrats would never dream of telling Muslim schools they couldn’t teach passages from the Koran — even ones that call for the murder of infidels and apostates. But banning the Bible is now official school board policy. — Read the full article

She also insisted that the Christian school Stop calling themselves a ‘quality’ school.

Most of the media there would actually cheer these developments. But a few people are fighting back.

Considering Leftist wins there tend to be copied here (see: same-sex marriage) getting the word out and helping push back there could help Free Speech on BOTH sides of the border.

They are literally telling a religious group which passages in their scriptures are permissible.

Really and truly this is a case of the State elevating itself above God.