Kellyanne Conway seems to be either loved or despised. After this tweet, NO ONE will be on the fence…

After the ‘Referendum’ election between Democrat Jon Ossoff and Republican Karen Handel went south, the Democrats have their tails between their high-spending legs.

The most expensive house race had a lot of cash attached to it — Issue One reports that candidates and outside groups spent $59.6 million. Ossoff had raised $23.9 million, while Handel raised $4.9 million. Despite this 5-1 difference in funds, the Democrats didn’t win the seat that they worked so hard to snag.

Kellyanne Conway had some fun with that.

Thanks to everyone who breathlessly and snarkily proclaimed #GA06 as a "referendum on POTUS @realDonaldTrump".

You were right. #winning

Reactions flooded in from both sides:

Republicans have held that seat for 40 years. The difference in points between October and now is -18. Sad!

And to everyone who snarkily proclaimed no Russia investigation, also winning and flynning, too. Referendums are good.

You wouldnt know a true Patriot if one ran you over. GOP just keeps voting anti-American.

If these two were adults they would have congratulated Handel on her win, and Ossoff on running a good race. But alas, these are not adults.

So, all those ‘Not My President’ folks aren’t adults?

Kellyanne must’ve liked the reaction, becuase she didn’t end it there:

Which started a new round of outrage and amusement:

Another way to see it is that you spent tens of millions and were defeated comfortably. Keep resisting. I'm begging you.

That's because you're a vile, scornful woman.

Because you love when bigotry wins? You're pathetic.

Ossoff gets a trophy too … oh wait, no he doesn't.

You are proud that the anti-gay candidate won? Once again Kellyanne, thank you for showing women all over what its like not to be empowered.

.@karenhandel thanks for standing strong, for running on issues, for being a grownup and for living in the district.

What "grown up" gloats and reposts a meme of Mike Tyson?

I love it when leftists lose elections because it's a big win for America.

Exactly! A big win for America not only for us but for those who hate us… even though dems are so…fill the blank… pic.twitter.com/l4xf5AJJfH

Boo Hoo It rained in Georgia and Dem Snowflakes thought they might melt. Low Turnout We need a special investigator on Mother Nature ???????????? 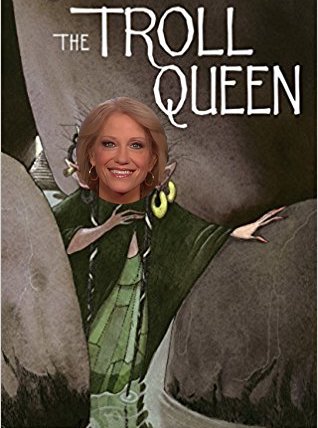