Ah, those heady days when losers would just STFU…

They’d be lost in that big ol’ dustbin of history until the next election rolled around and they were asked to comment on their complete ineptitude as a candidate.

Hillary, however, has not shut up about that since she resurfaced midday November 9 to give her ‘We need to accept the results of the election, but still resist them’ concession speech.

Since then she’s given many, many, many reasons for her loss.

You don’t get to direct the nation’s policy because YOU LOST.

But she won’t stop talking.

She had to weigh in on President Trump’s withdrawal from the Paris Climate Accord:

(It’s unclear who was paying her for her comments.)

#HillaryClinton took to Twitter to slam President #Trump‘s decision to withdraw the United States from the Paris Climate Agreement. pic.twitter.com/dZ8lR0HGVk

Which brings me to this: 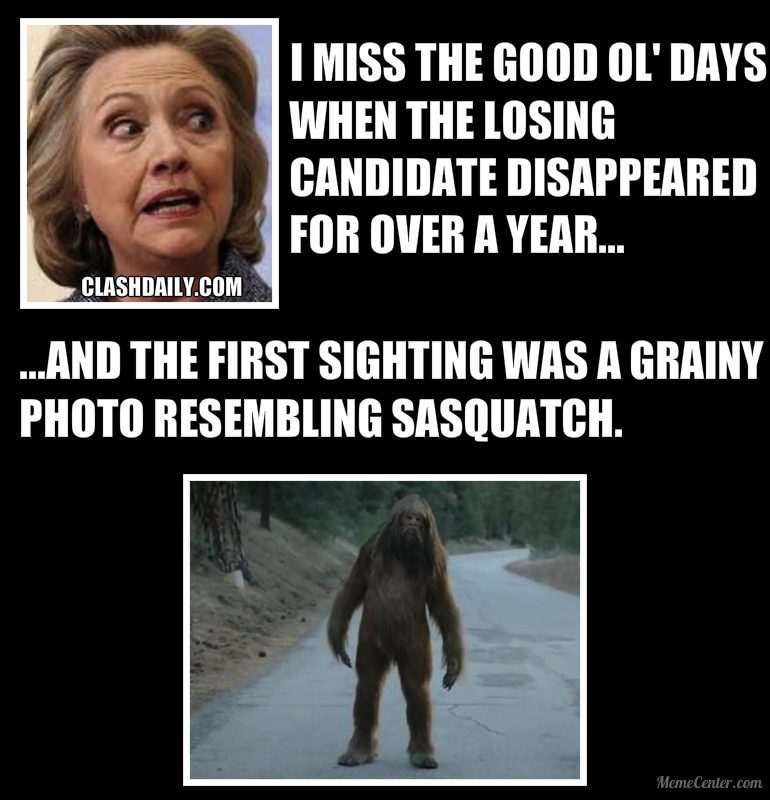 QUESTION: Do You MISS The Days When The LOSER Disappeared For Over A YEAR?

I’m beginning to think it’s physically impossible to have her shut the hell up.

It’s getting so bad that I’m starting to feel slightly sympathetic toward Bill.

And that’s pretty gross — because this ClashDaily Editor is a woman.

I think Bill Clinton is a vile, disgusting, rapist that preyed on women at any opportunity.

And yet, I feel a smidgeon sorry for him to be hitched to this harpy.

How messed up is that?