Uh-oh. They didn’t expect THAT to happen on their little Mexico trip.

It looks like taking their clothes off for money isn’t the only bad decision these girls have made.

And sometimes they make crap up.

These three Playboy Bunnies learned that the hard way. 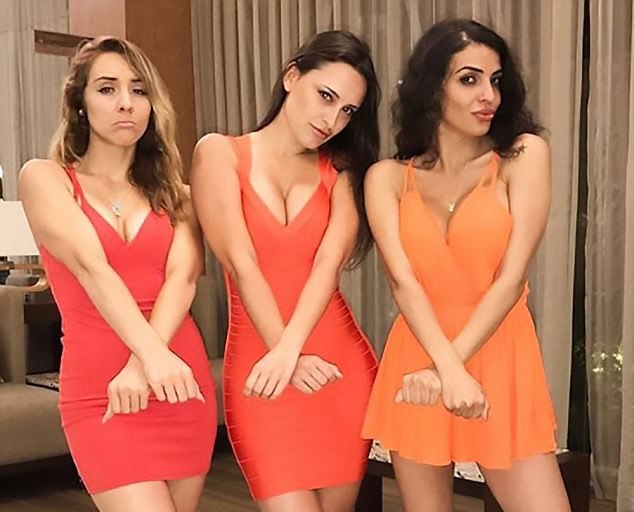 The girls were sipping champagne at a party when the police showed up — and it all went downhill from there.

Three Playboy bunnies have accused Mexican police of mistreating them after they were arrested on charges of working without the right visa on June 30.

American Lauryn Elaine, Frenchwoman Marie Brethenoux and Turkish citizen Elif Celik were reportedly ‘mingling’ at an exclusive party when they were pounced on by the officers.

Elaine said she and the other girls were then put ‘in a holding cell cage for almost 24 hours, and we had to beg for food and water,’ according to Fox News Entertainment.

From champagne and partying to begging for food and water.

‘We came to Mexico to celebrate each other’s company and to gain publicity with our fans by coming to these parties in Meridá and Cancun,’ Elaine said.

‘Around midnight, immigration came and busted into our party when all of us girls were sitting at our VIP tables enjoying champagne and music.

‘They then rounded us up into a large room and weeded us all out by checking everyone’s IDs.
Source: Daily Mail

The girls say that the charges are BS and the government is just trying to ‘shake down’ Playboy since this wasn’t a ‘working’ trip. They claim that they just came to party, so there was no need for a work visa. They all had valid tourist visas.

The bunnies have been released, but they don’t have their passports back yet. They will be meeting with Immigration officers in Mexico soon.

Don’t let this crap happen to your loved ones: