This woman has the perfect response to encroaching Islam. Check it out…

We are constantly told that we need to be ‘tolerant’.

We are constantly told that we don’t need to make sure that those coming to the U.S. assimilate into American culture.

But we are a ‘melting pot’.

Sure, bring your food and your music — even open up a restaurant!

If it’s good, we’ll eat there. And then you’re living the American Dream.

Those are not American. And we don’t ever want them to be. 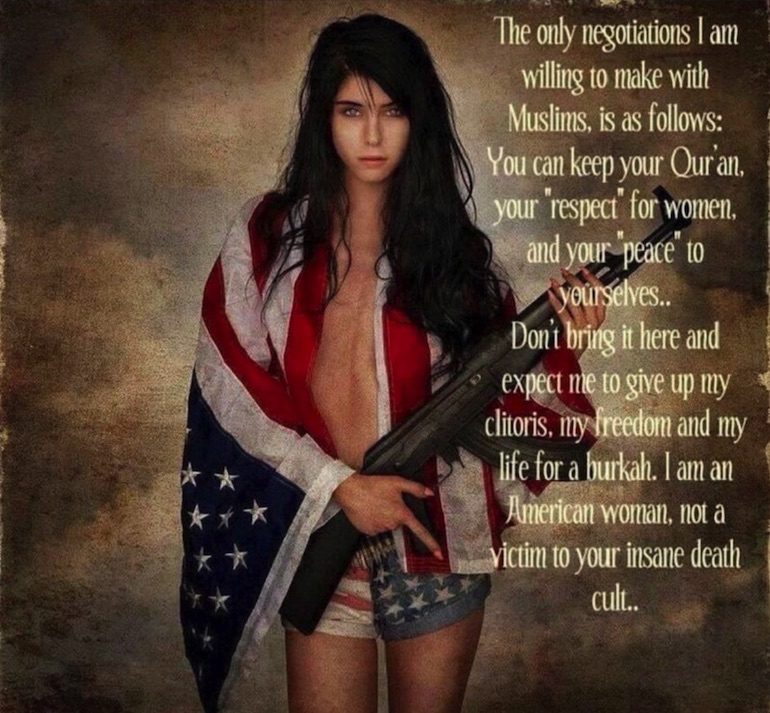 We see the ‘respect’ for women means covering them up, abuse, mutilation, and treating them as inferior.

We see that the ‘holy’ Muhammed married a child when she was 6 and consummated the marriage when she was 9 or 10.

We see what ‘Peace’ looks like when Muslim majority countries discuss our ally, Israel.

We see what Islam has done, and it isn’t what we want here.

There are doctors on trial now for mutilating girls in the name of Islam.

There are Imams that advocate for it here.

There are countless people calling for Sharia, but refuse to acknowledge what the results of Sharia are.

Make sure you raise yours right, too.