Gun enthusiasts are divided. This is either freaking amazing or a complete tragedy… where do YOU stand?

On the one hand, a Silencerco SWR suppressor is destroyed as 700 rounds are continuously fed through a M249 SAW.

When you see the silencer go red-hot, it’s all about the destruction from that point on.

On the other… well, just watch the video made by the bros on the West Coast Armory YouTube channel.

The guys were demonstrating that a massive amount of heat is generated in a short amount of time.

They did that in a spectacular way.

One commenter on the YouTube vid, Matthew Baker, said, ‘“hey guys, wanna ruin a gun?” “not really, but I want to ruin a supressor” “wanna do both?” and now we have this video‘.

Those of you firmly in the ‘This Is A Tragedy‘ camp after watching the video: Relax. The bros at West Coast Amory assured the viewers that no firearms were injured in the making of the video. The M249 was fine once it cooled down and just needed cleaning. No need to file a complaint with a government agency for the mistreatment of firearms.

That means that we can all just revel in the awesomeness of the video without care or concern.

Another commenter, Brian LO, asked the question, ‘Suppressor on a M249. But…..why?‘

The best answer to this question was by Greg Wetzel, ‘Brian LO — Because ‘Murica…‘

Are you jealous of the guy that got to fire all those rounds?

Ammo is expensive and to just fire off 700 rounds for a YouTube video is just so unbelievably — awesome! 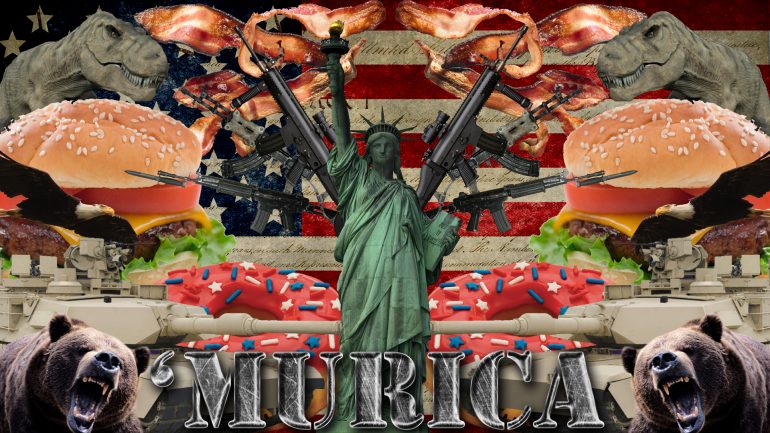