The plot thickens, and the drama at 1600 continues…

Scaramucci told the anchor that he and Priebus had ‘odds’ and ‘differences,’ which may or may not be able to be worked out, as he suggested that the former Republican National Committee chairman publicly prove that he did not leak the new communications director’s financial disclosure form.

‘So if Reince wants to explain he’s not a leaker, let him do that,’ Scaramucci said.

Last night, Scaramucci had put out a tweet – and later deleted it – in which he tagged Priebus’ Twitter handle while complaining about his financial information showing up in a news report.

On CNN’s New Day, Scaramucci suggested that those scribes may be on to something.

‘When I put out a tweet and I put Reince’s name in a tweet, they all make the assumption that it’s him because journalists know who the leakers are,’ Scaramucci said, before calling on Priebus to prove he’s not one of the high-level leakers in the Trump White House.

‘The Mooch’ is not the only one to suggest Priebus as the leaker. For example Cernovich had noticed a pattern of who had — and who had not — been slagged in White House leaks. And one name from among the inner circle never seemed to come up:

‘Now if you want to talk about the chief of staff, we have had odds, we have had differences,’ he admitted. ‘When I said we are brothers from the podium that’s because we’re rough on each other.’

‘Some brothers are like Cain and Abel, other brothers can fight with each other and get along. I don’t know if this is repairable or not, that will be up to the president,’ Scaramucci continued.
Source: Daily Mail

And the follow-up tweet to clarify what he meant — that he and Priebus were united in fighting the leaks: 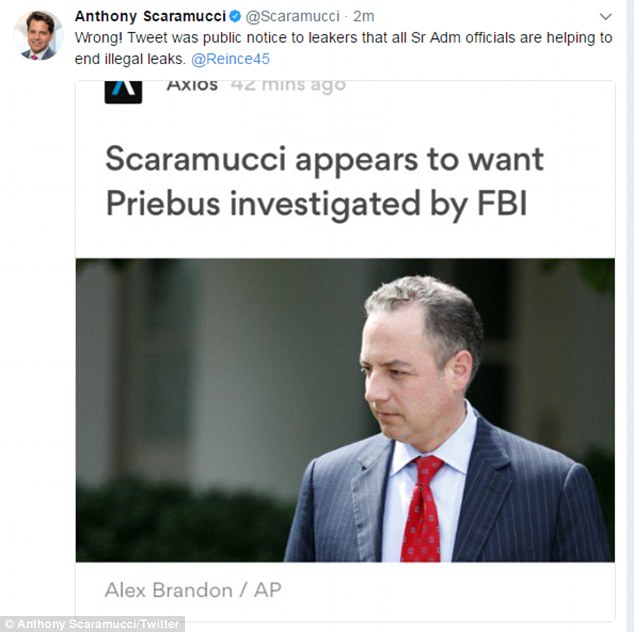 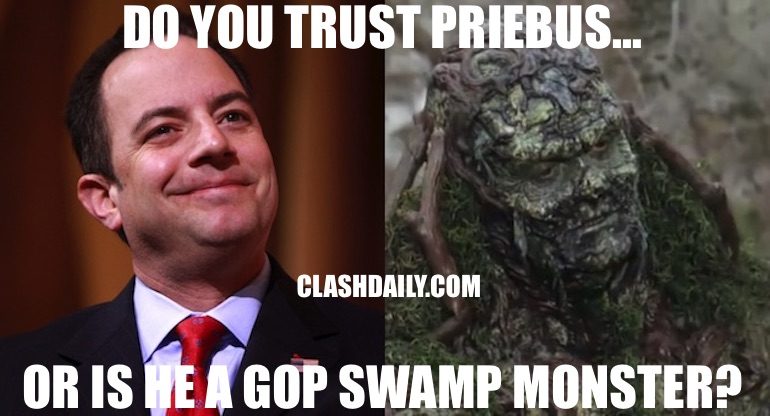 Clash Poll: Do You Trust Priebus Or Is He A GOP Swamp Monster?

Here is the call that Anthony Scaramucci made to New Day: