If someone WANTED to destroy CNN, they couldn’t do a better job of it than CNN has been doing themselves. Especially the last few months.

News corporations have one commodity — credibility. And CNN has been doing everything they could to destroy that.

We’ve got the Project Veritas Tapes exposing CNN personalities showing they are far more interested in profit and ratings than they are about truth.

We’ve got their endless prattling about Russia collusion even though their own employees are calling the story bogus, or a ‘nothing burger’.

They were dismissive of the ‘Trump beheading’ and loudly defending the Julius Ceasar assassination of a Presidential look-alike… but they fully melted down over a video clip that turned them into a laughingstock.

They’re falling apart. But at least they know who their base is. They printed a fake Lincoln quote.

Huffpo was thrilled to recount how CNN’s tweets who were ‘directed at one person’.

Don’t you just LOVE the way the quote was introduced? ‘Historical words of wisdom?’ 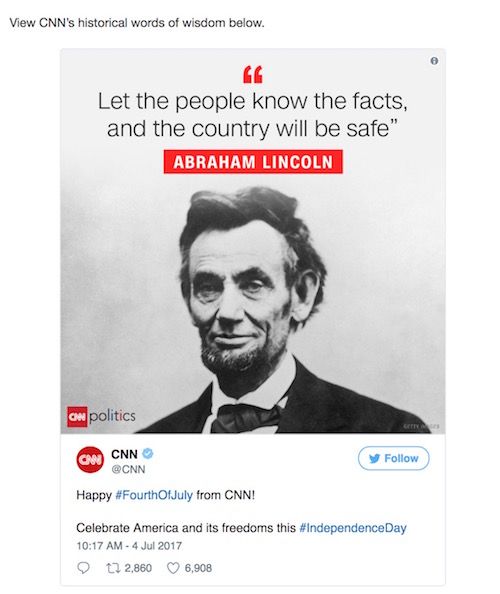 And they’re calling for websites on the RIGHT to be ‘fact-checked’?

When it seemed sketchy to playwright Terry Teachout, he sent a query to a quote checker.

Q: Dear @QuoteResearch: This quote, though familiar, looks suspicious to me. Any thoughts?

@bdomenech @terryteachout @YAppelbaum Let them know the truth, and the country is safe. A. Lincoln. Report shortly after assassination

He linked this report to it. 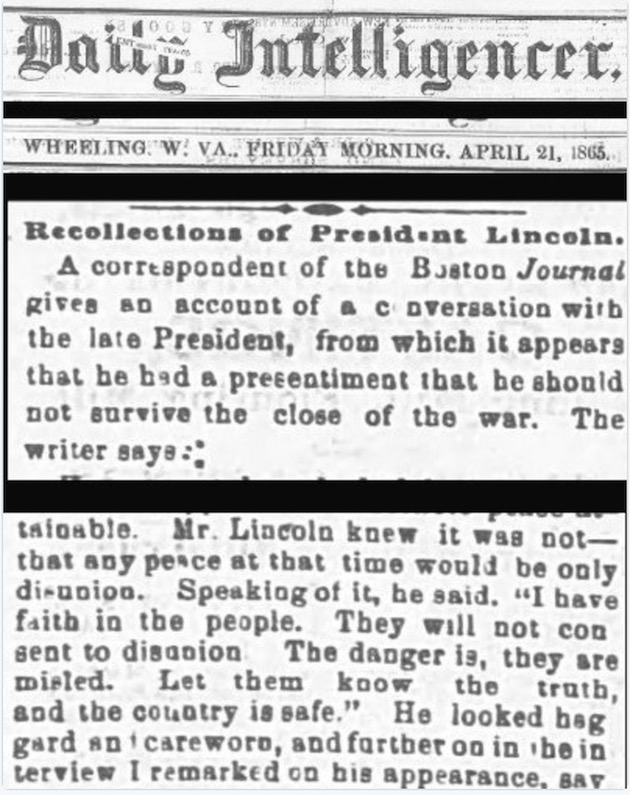 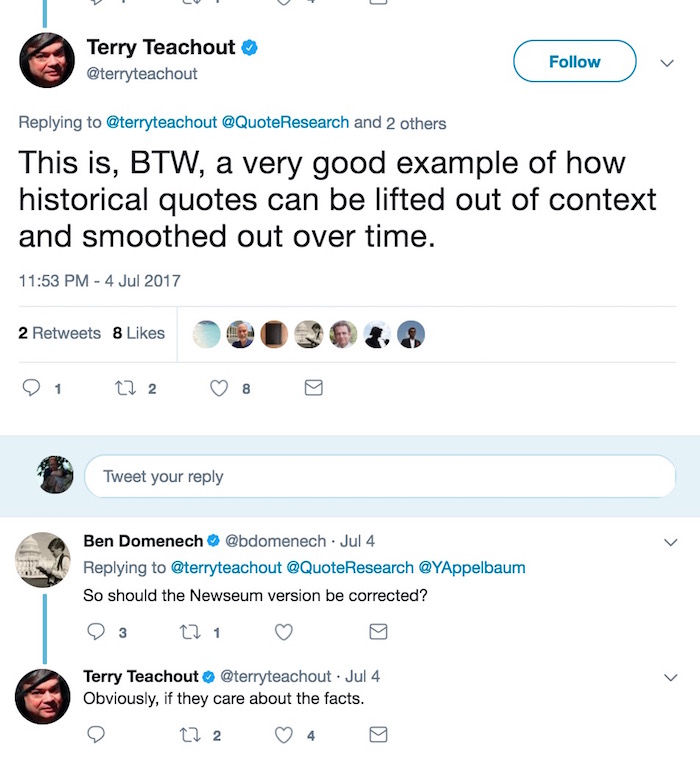 If they care about the facts. LOL. That’s adorable.

Besides it being a hearsay quote attributed to him posthumously, the context of the quote actually boomerangs on CNN.

“They shall not consent to disunion. The danger is, they are misled. Let them know the truth and the country is safe.”

What has CNN been doing but stoking the fires of the #resistance? They’ve been undercutting the duly-elected President; throwing up roadblocks in his ability to perform the very function we elected him to do.

They have been increasing division. Increasing hostility. And worse, they’ve been intentionally misleading us. Their contribution to public discourse has been anything BUT to make the nation safer.

It was an honest mistake, right? They should be forgiven, right?

Was it? Then how do you explain the fake Franklin quote? 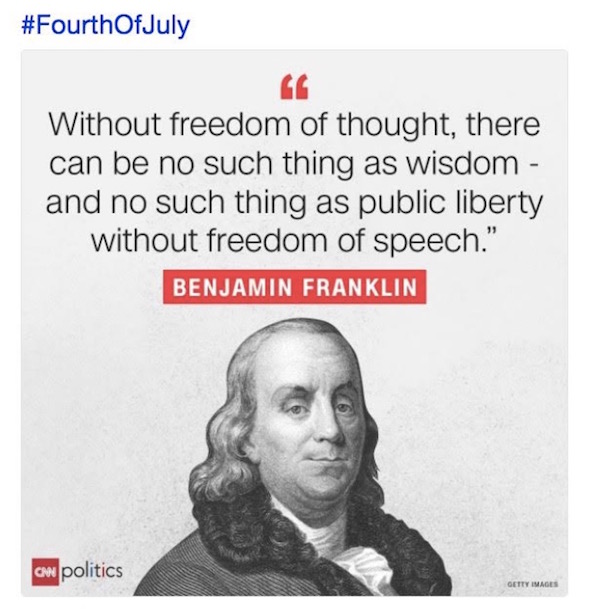 Take as long as you need to explain away the error while not impugning their alleged ‘journalisic integrity’. We’ll wait.

In fact, one commentator has even outlined what a libel case against CNN would look like. (The last few elections could have looked MUCH different without pro-Democrat media collusion.)

Poor CNN. They’re becoming a laughingstock, and they can’t figure out why.