CNN is taking Buzzfeed’s castoffs. How’s that for an ‘upgrade’? YIKES.

Andrew Kaczynski, now with CNN, was with Buzzfeed in 2013 when he made a massive contribution to the suffering of a family searching for their loved one.

For almost a month, the Tripathi family had been working with the police and the FBI to locate Sunil.

The authorities informed them that missing persons sometimes go to libraries and search for their names.
The family started a Facebook page hoping that Sunil would see loving messages from family and friends if he did happen to check online.

The very tool that they were hoping to use to find Sunil may have contributed to his suicide.

On April 18, the photos of the suspects were released.

One person online who went to high school with Sunil thought she recognized him as one of the suspects.

A Reddit user then created a side-by-side image comparing photos of Sunil Tripathi, missing person, to the surveillence image of Boston Bombing Suspect #2: 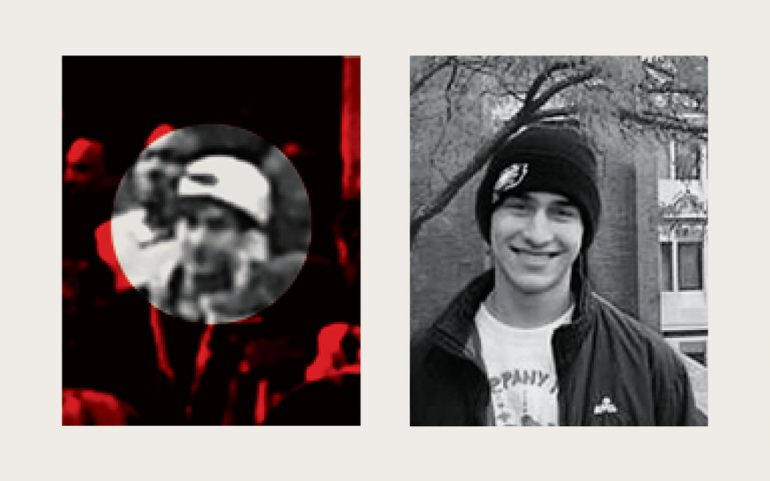 The fact that Sunil was missing already — with FBI involvement! — and had a resemblance to the grainy image was enough.

Minutes after the world first saw the suspects’ photos, a user on Reddit, the online community that is also one of the largest Web sites in the world, posted side-by-side pictures comparing Sunil’s facial features with the face that would later be identified as Dzhokhar Tsarnaev. The pictures were accompanied by speculation about the circumstances surrounding Sunil’s disappearance and the F.B.I.’s involvement in his search.

The Facebook page created by the Tripathis was bombarded with hateful messages, and the family was called repeatedly to ask if Sunil was ‘radicalized’ (the family is not Muslim,) or to explain why he would ‘attack the United States’.

It turns out that Sunil Tripathi was suffering from depression, and the Tripathi family worried that the negative messages would cause him to harm himself.

With the hateful messages pouring in, especially after the death of Sean A. Collier, MIT police officer, the Tripathi family decided to shut down the Facebook page.

That sent up another warning flag that Sunil was indeed Suspect #2.

A Twitter user, Greg Hughes (@ghughesca), first tweeted out the name Sunil Tripathi as an identified suspect, 7 minutes later the same info was tweeted out by a journalist from Hartford, Kevin Galliford. It was shared more than 1000 times in minutes.

The next multiplier came from Andrew Kaczynski, a journalist at BuzzFeed, who sent out the police-scanner misinformation to his 81,000 followers and quickly followed up with: “Wow Reddit was right about the missing Brown student per the police scanner. Suspect identified as Sunil Tripathi.”

The frantic race to find Sunil just got incredibly serious.

The Tripathi’s personal hell got worse, as they redoubled their efforts on the evening of April 18.

A friend of the family calling homeless shelters was told by one in Philadelphia that said they ‘don’t aid terrorists’. A private company that helps families find missing persons that was working with the Tripathi family informed them that Sunil’s ‘association with the Boston Bombing’ had ruined their business.

Andrew Kaczynski of BuzzFeed wrote a morning post-mortem on the site, along with a colleague, Rosie Gray, who had also tweeted about Sunil Tripathi. Neither mentioned their own involvement in spreading the wrong name, and Kaczynski has since deleted his incriminating tweets.
Source: The New York Times

And it’s not just the ‘failing’ New York Times that says it, the left-tilting Atlantic confirms Kaczynski’s role in the spread of Sunil Tripathi’s name.

More media people started to pick things up around then, BuzzFeed’s Andrew Kaczynski most quickly. His original tweet has since been deleted but retweets of it began before midnight and reached far and wide. Other media people, including Digg’s Ross Newman, Politico’s Dylan Byers, and Newsweek’s Brian Ries, also tweeted about the scanner ID as 3am approached. Then, at exactly 3:00 Eastern, @YourAnonNews, Anonymous’s main Twitter account tweeted, “Police on scanner identify the names of #BostonMarathon suspects in gunfight, Suspect 1: Mike Mulugeta. Suspect 2: Sunil Tripathi.”
Source: The Atlantic

For 3 solid hours, which is an eternity on social media it was Sunil’s name out there as the suspect, not Dzhokhar Tsarnaev.

This caused an unbelievable amount of distress to the already suffering Tripathi family.

His body was pulled out of the Seekonk River in Providence on April 23. Dental records confirmed that it was Sunil Tripathi.

The cause of death was suicide.

It isn’t clear when it was that Sunil killed himself, reports say that he was in the river ‘for a while’.

But, if he did see these suggestions, that would be devastating for someone in his fragile state. Remember, even homeless shelters several states away were made aware of his name.

You can see how quickly information can spread on social media.

Sometimes the ‘scoop’ means that not all of the facts are in right away.

We all need to be aware of that, yours truly, included.

In the Media game, it’s a race to be ‘first’ and break the story.

But we also need to be certain that the facts are as reliable as possible.

Did Andrew Kaczynski worry about the verifiable facts or was he just concerned about spreading the info to his audience quickly in April 2013?

The fact that he deleted his tweets show that he knew he wasn’t acting with that ‘journalist’ hat on.

This is the same Andrew Kaczynski that is saying that people spreading ‘false information’ on the internet should provide corrections: 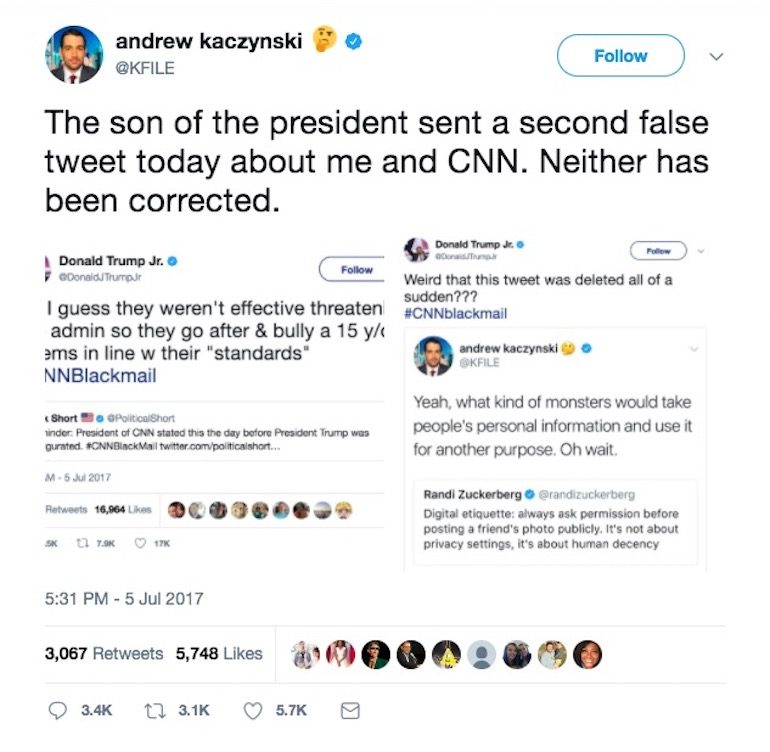 Yes, I’m sure that the Tripathi family would agree with you, Mr. Kaczynski.