The calls from the Left that ‘both sides’ need to calm down the rhetoric is B.S. Left-wing political terrorism is far more common. Here’s proof.

The latest example of left-wing terrorism that happened just a couple of weeks ago has already been forgotten by The Media (D).

When Gabby Giffords was shot, it was still an issue, despite the shooter not being a right-wing activist.

Heck, Sarah Palin is suing the New York Times for defamation now because of the slander that they’ve printed (and their half-assed apology for it,) years after the shooting when the facts were in on the case.

From Warner Todd Huston at Breitbart:

After a Bernie Sanders campaign volunteer attempted to assassinate Republican members of Congress in Virginia, many on the left began insisting that “both sides” need to moderate their violent political rhetoric. But history proves that most major incidents of political violence and assassination attempts were committed by leftists in the United States.

Here’s a partial list of Left-wing terrorist incidents in the USA over the past 100 years:

The Union movement targetted politicians and businessmen with bombings to have them capitulate to union demands.

As part of the Union movement, the L.A. Times headquarters was bombed. 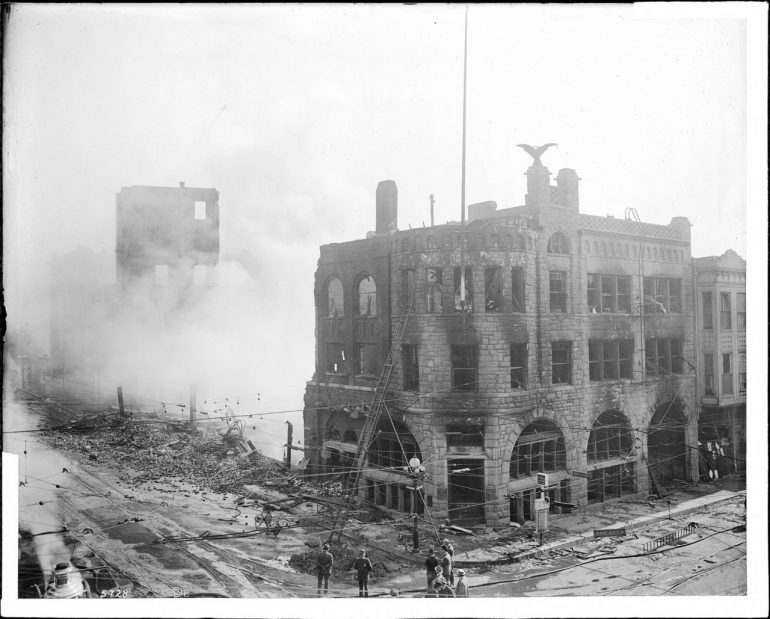 Anarchists and socialists sent off 36 bombs to politicians to coincide with communist May Day celebrations. Fortunately, no one was killed, but the maid of Senator Thomas W. Hardwick of Georgia had her hands blown off when she opened the package.

The campaign continued and more bombs were set off in eight American cities. 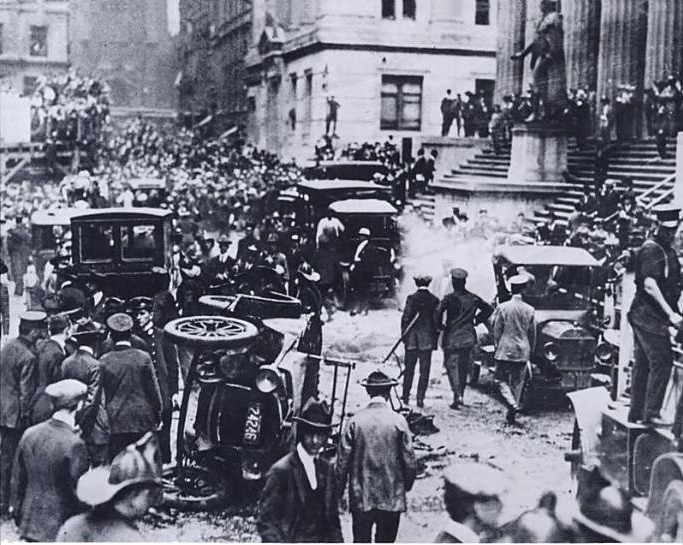 Communists Killing Each Other

Juliet Poyntz was a labor and socialist activist that eventually became friendly to the idea of communism because of the Russian Revolution. She became a member of the Communist Party of the United States and was involved with the ‘Friends of the Soviet Union’. She was going to meet with another communist when she disappared without a trace. It is thought that she was ‘eliminated’ by the Soviet State Political Directorate (G.P.U.) and either taken to a gulag in Russia or murdered in the US.

Lovett Fort-Whiteman was a famous black communist who was so committed that the eventually moved to the Soviet Union to become a Soviet operative. He was initially hailed as a vital American Communist supporter, but, as is often the case, the Soviets became suspicious of him and he was sentenced to hard labor in a gulag for being a ‘spy’. He had his teeth kicked out and died of malnutrition and neglect.

– In 1905, members of a mining union killed Governor Frank Steunenberg of Idaho.

– In 1933, Chicago Mayor Anton Cermak was shot by an anarchist during a speech being given by President Franklin Roosevelt. Many believe Roosevelt himself was the intended target, but he was unharmed.

– In 1975, a failed assassination attempt on President Gerald Ford was committed by Lynette “Squeaky” Fromme, a member of the Manson Family. Fromme discussed environmental issues at her trial.

Huey Newton and Bobby Seale founded the Black Panther Party in 1966. The ideology behind the party was black nationalism, revolutionary socialism, and Marxism. The group was anti-police and anti-Semitic. The party has engaged in gangster activities such as drug dealing and murder.

This is the group associated with Barry’s friend, Bill Ayers. The Weathermen were an offshoot of a socialist student group. But these communist-inspired students were happy to use violence to achieve their goals. They committed several acts of terror. Many believe that the unsolved 1970 bombing that killed San Francisco police officer, Brian V. McDonnell was committed by the Weathermen. Also in 1970, three of their own members were killed by a bomb prematurely detonated in a Greenwich Village townhouse.

In the mid-70’s, the ‘new left’ group kidnapped Patty Hearst, a newspaper heiress. They also killed African-American, Marcus Foster, an Oakland School Superintendant. The group robbed banks and got into shootouts with police.

The Armed Forces of National Liberation of Puerto Rico took arms to fight for their cause. They took responsibility for dozens of bombings over a 5-year period, including the 1975 bombing in New York at the Fraunces Tavern that killed 4 and injured more than 40.

Kaczynski was a leftist, anarchist, environmentalist that terrorized with bombs for 17 years. He killed 3 and injured 23.

The Animal Liberation Front (ALF), the Earth Liberation Front (ELF), Greenpeace, the Sea Shepherd Conservation Society, People for the Ethical Treatment of Animals (PETA), and Earth First! have all been identified as perpetrators of acts of terror over the last 30 years by the FBI.

And that’s just the tip of the iceberg.

Look at the way that this President has been subjected to calls for violence against him and his family. All speech is permitted, but not deliberate calls to violence. That’s against the law.

I’m not a big fan of censoring speech because the answer to ‘hate speech’ isn’t regulation, it’s exposing it to the light of truth with the proper mix of denunciation and ridicule.

Instead of ‘moderating the violent political rhetoric’ on both sides, how about some leftists come out and denounce violence?

You know, like we consistantly do on the right.

Because it’s really hard to take the left seriously on their commitment to nonviolence when we’re getting punched in the face by a chick holding a ‘Love Trumps Hate’ sign screaming that we’re Nazis.