The first reason is — because they’re hookers. The second, you get what you pay for.

Brace yourselves for this one. Bizarre doesn’t even begin to describe it!

A 70-year-old man was stabbed during a prostitution deal gone bad over two dollars in quarters and edible panties, police say.

Dennis Pastorius, 70, was stabbed in the left shoulder with a knife on June 12 around 7.30pm allegedly by Tiedaneshia Eubanks, 32, in the 900 block of Pleasant Street in Waukesha.

So, there are seriously $2 hookers out there?

Does someone really sell their body for laundry money and a pair of edible panties?

Is this the world we live in?

Or was she just hankerin’ for a can of Pepsi and some Ho Hos?

(Do they still make Ho Hos?)

This whole story is so strange it seems made up.

But no one would make up something so ridiculous.

The incident happened after the pair agreed to have sex for money, and during the encounter, Eubanks asked for edible panties and money.

He reportedly agreed to pay her two dollars in quarters, but he did not give her the edible panties, according to a police report.
Source: Daily Mail 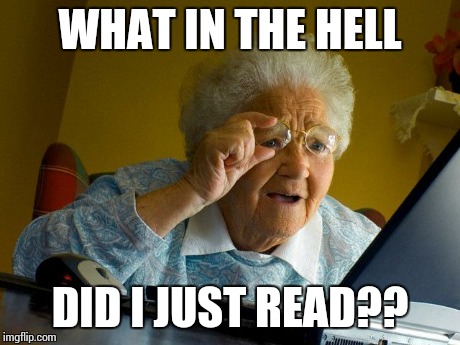 Eubanks is charged with prostitution and first-degree reckless endangerment.

Not a great return on 8 quarters, if you ask me.