Former talk show host Phil Donahue appeared on MSNBC and gave some impressions of President Trump, including what he thought of him after an interview 30 years ago.

The man known as the ‘Father of Daytime Talk Shows’ appeared on MSNBC’s AM Joy.

Phil Donahue isn’t shy about giving his opinion. In the 1980s, Donahue interviewed Donald Trump around the time ‘The Art of the Deal‘ was published and he said that the thought Trump was a ‘hot dog‘.

Donahue said, ‘He can shoot a gun down Fifth Avenue, right? All of a sudden we got a crotch-grabber for a President.This is the darkest political moment in American history. Who’s going to argue that?‘

Donahue obviously has blinders when it comes to political opponents.

He spoke of the meeting with President Trump and he said those around the table were ‘bobbleheads’.

Um… what about the last 8 freaking years?

The Media (D) were the bobbleheads.

Check out the hard-hitting questions they asked Barry:

How does that compare to the almost 90 percent of negative coverage that President Trump faces?

Donahue asks ‘who would argue’ that it’s America’s ‘Darkest Moment’?

Personally, I think the Media (D) in bed with Obama is a pretty ‘dark moment’ in America.

But worse than that would be (in no particular order):

– Maxine Waters shrieking impeachment every time you turn around

Then there are the real issues:

– The assassination of President Lincoln

– McCarthyism (which the Dems keep pushing)

And since The Media (D) is on this whole ‘collusion’ kick:

– The DNC colluding with Hillary to beat Bernie 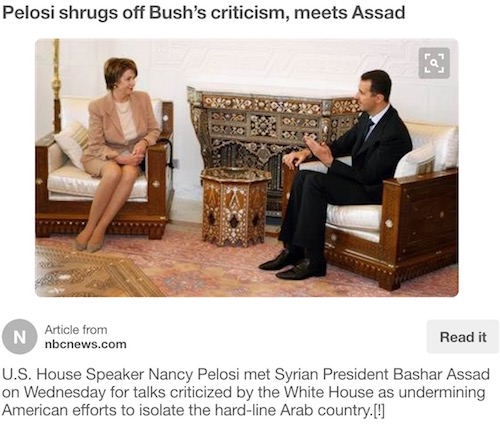 Those are some pretty dark political moments.

But not to Phil Donahue.

With their fiscal policy that is making the markets boom, and the undoing of oppressive regulations to create jobs.

Yes, my friends, it’s the ‘racist’ policy of enforcing immigration law that has seen illegal border crossing drop, the plan to give people choice in healthcare that was stolen from them by that last guy, what’s his name.
That ‘nationalistic’ America First policy that caused us to pull out of that bad Paris Climate deal, and the renegotiation of our other treaties, like NAFTA.

Cutting funding for murdering babies overseas, the focus on religious rights, the right to bear arms, and free speech.

You know, all the things that resound with those ‘bitter clingers’ in ‘flyover country’.

But then, Leftist coastal elites don’t understand that at all.