This happened in Iran, but it would not be out of place in New York or L.A., either. Honestly, you’d think these groups are both playing for the same team.

The obvious comparison would be the Kathy Griffin ‘assassination’ shot or Shakespeare in the Park. But it goes deeper than that.

Here are some examples from an ‘Art Exhibit’ in Iran. Notice a theme?

They had a hate-Trump themed cartoon contest. In the country that sets aside a day to chant ‘Death To America’.

What were some of the exhibits? They borrowed from all the Left’s favorite bulls**t themes.

They portray him as an infant… 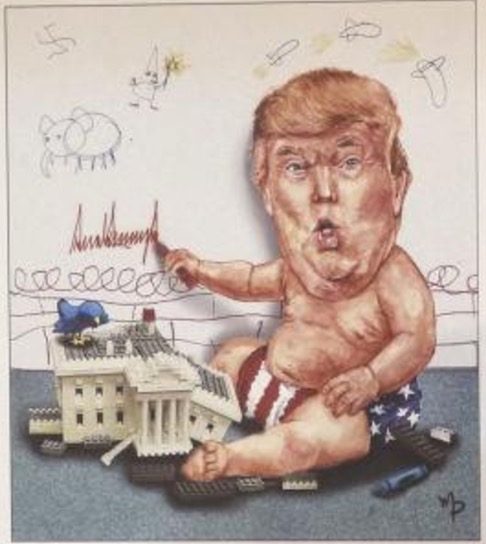 A nazi… (several along this theme) 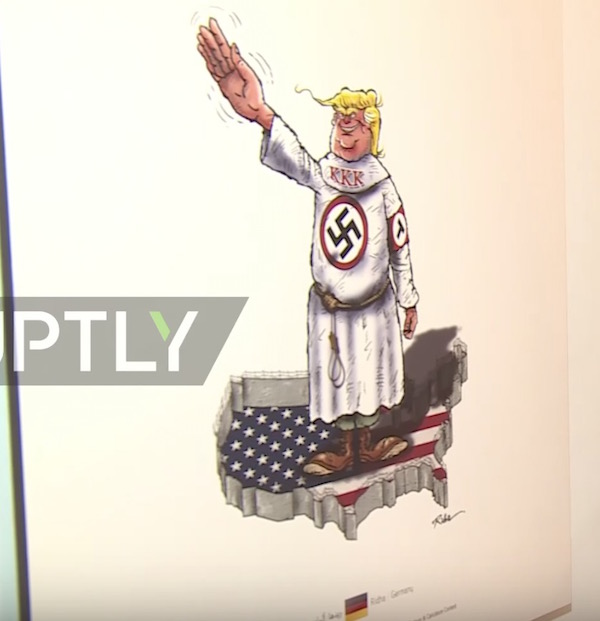 ‘Hitlerian’…(Chris Matthews probably inspired this one.) 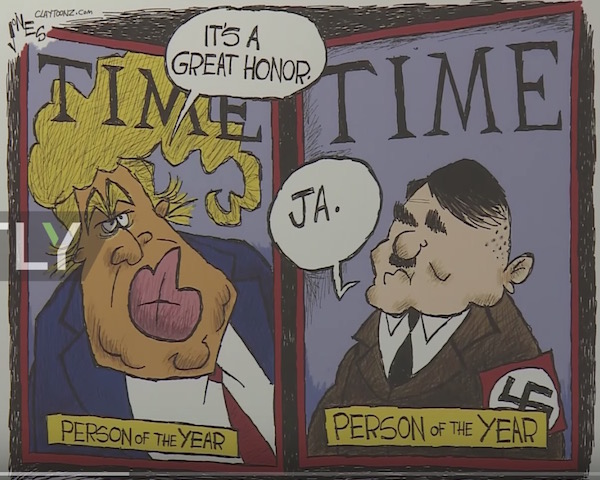 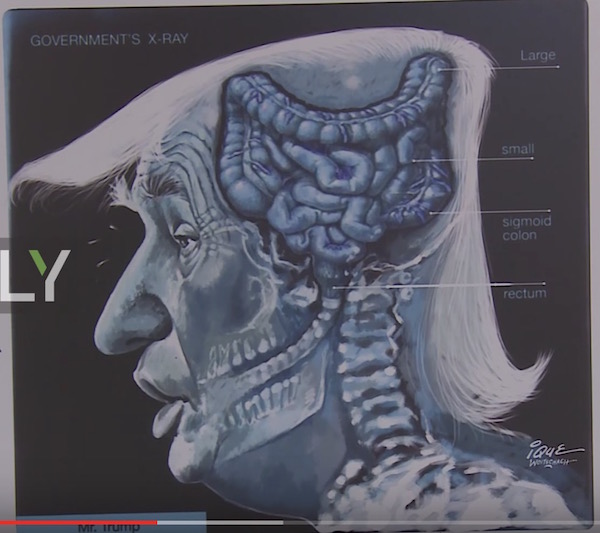 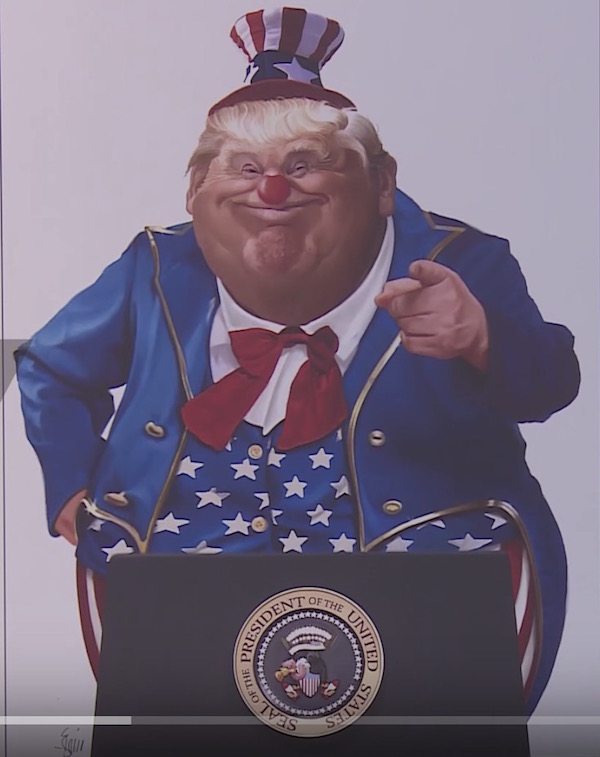 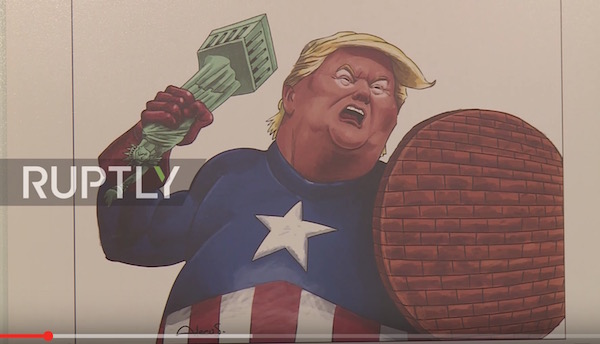 This was rounded out by other cliche mockeries, many of which contradicted the ones on the preceding list.

Not that really surprises anyone.

In fact a couple of entries were from Americans. But really, could you tell the difference? The seething hate is the same.

Let’s throw in a couple of other pictures to round that out. Pictures that will really tweak the ones who loved the ones above it. 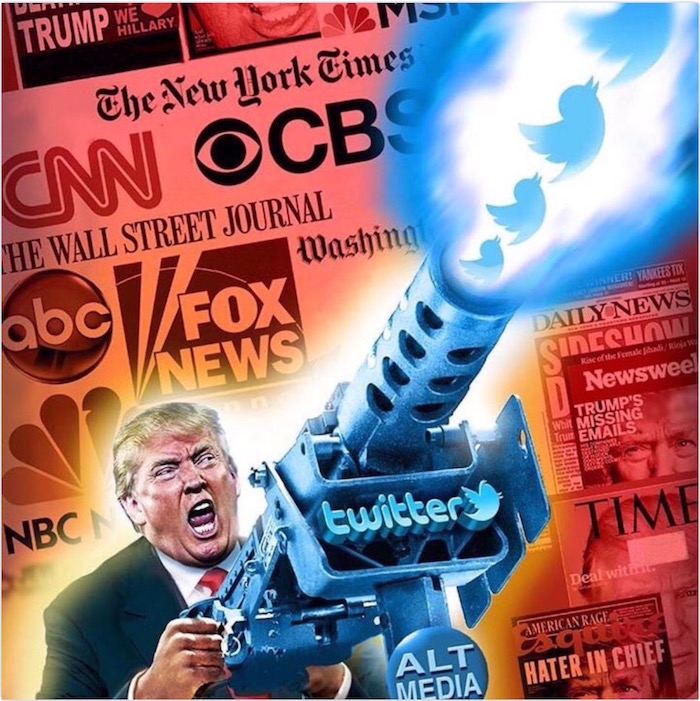 And, in the Spirit of Independence Day…