Has anyone thought to do this before?

Normally, you would expect politicians to ask questions of top brass.

But now that Afghanistan has dragged on for 16 years, Trump is seeking input from a much broader group of people.

He is open to feedback from the frontline troops.

A journalist tapped into Facebook (Task & Purpose) to answer this question.

Here are some of their top comments (Leaving out some of the more cynical kill-em-all or ‘Resist’ reactions):

They ranged from Isolationism to smash-and-leave, to total war, to nation-building. 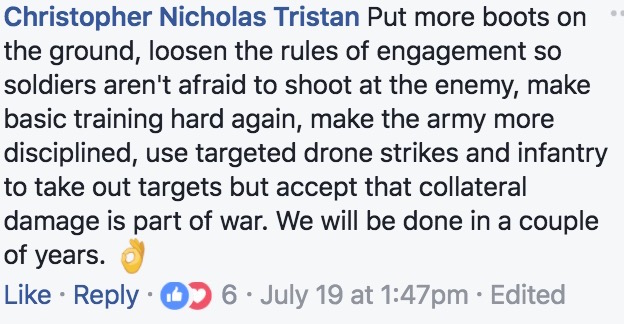 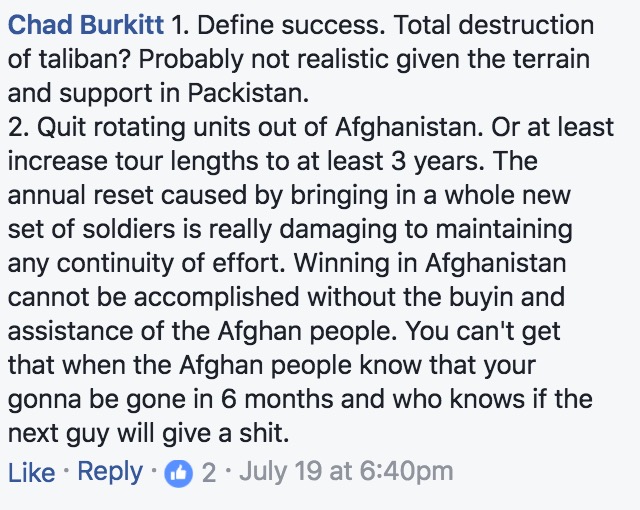 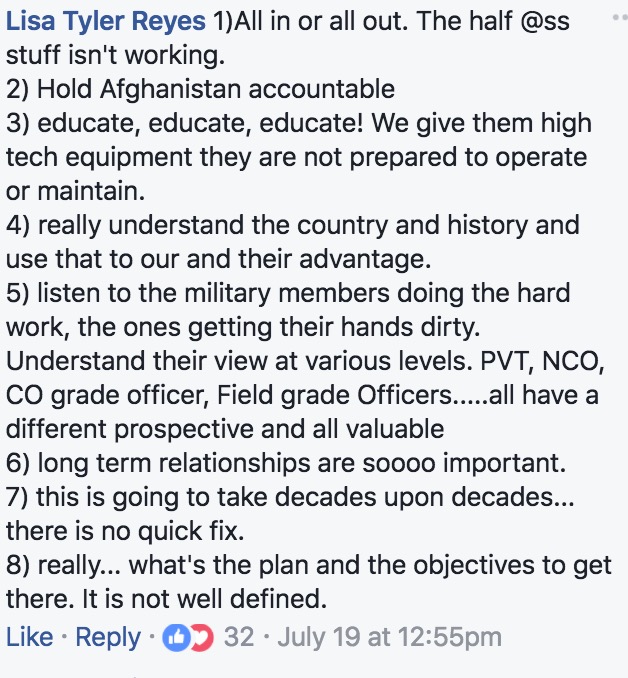 Facebook is obviously a limited forum for this kind of feedback, but it does show that Trump is willing to ‘Crowdsource’ innovative solutions, looking for something effective, more than solutions from the ‘right’ sources.

That’s strange. Last I heard, his critics were calling him some sort of a crazed authoritarian bastard.

Lemme guess. Now this will be chalked up to ‘inability to lead’.

(Whereas ‘leading from behind’ and setting meaningless red lines in Syria was ‘policy genius’.)