It looks like Melania and Michelle are following the girly trend that ‘pink is pretty’ this summer. The question is, who wore it better?

And will they take any heat like Ivanka did for her G20 dress?

The First Lady has been pretty quiet this summer, as is her custom.

She did step out of the house and appeared with the President this week in a stunning pink dress. 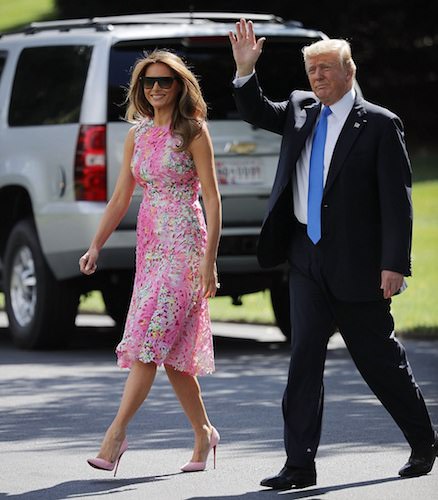 …despite the slightly cooler temperatures on Tuesday, Melania was dressed in a $1,795 Monique Lhuillier pink floral dress that featured a unique lace overlay and several splashes of green, yellow and white.

She accessorized with a pair of dark sunglasses, and dared to brave the grass of the White House lawn in a sky-high pair of pale pink suede heels by Christian Louboutin.

Aside from her large engagement ring, Melania wore minimal jewelry, letting her detailed dress speak for itself, and she wore her golden brown hair in loose waves around her shoulders.
Source: Daily Mail

It seems that Michelle is getting similar fashion advice.

She appeared in Denver also wearing a pink floral dress to discuss — what else — racism during her husband’s administration.

(Does the woman talk about anything other than racism, sexism, and healthy eating? I swear she’d be the keynote speaker at a Vegan Crossfit Feminist Black Lives Matter Seminar — also known as the 9th circle of Hell.) 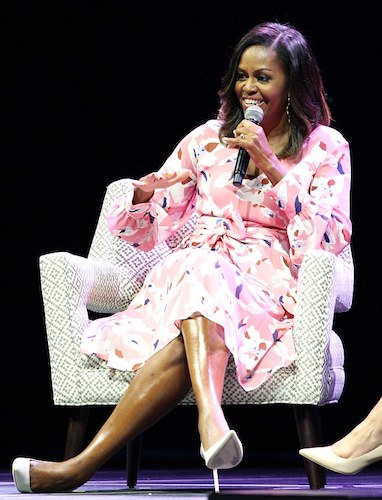 In her latest public appearance since her husband left office, former first lady Michelle Obama told a gathering in Denver on Tuesday she was hurt by racist comments made about her during her time in the White House.

Obama said she was particularly offended by insults including those that referred to her as an ape as well as derogatory remarks about her body parts, according to The Denver Post.

When she was asked about breaking the glass ceiling as the first black first lady, Obama spoke about ‘the falling glass shards that cut the deepest.’

‘The shards that cut me the deepest were the ones that intended to cut,’ she said.

‘Knowing that after eight years of working really hard for this country, there are still people who won’t see me for what I am because of my skin color.’
Source: Daily Mail

But the question remains… 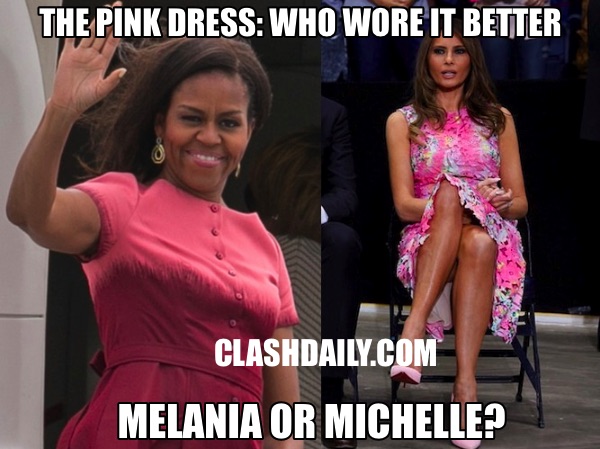 The Pink Dress: Who Wore It Better - Melania Or Michelle

And one more message for Michelle, as a non-white woman myself, I think it’s despicable that people would make racist comments.

Some of her fashion choices have begged for legitimate criticism.

And frankly, her personality isn’t helping much.

Too bad Michelle’s parents didn’t have this book.