The biggest public relations campaign in American history to manipulate an election just concluded in Illinois, and absolutely no one is talking about it.

What was masquerading as a debate over the lack of a state budget for a potential third year in a row was actually a brilliant push by state Democrats to win elections in 2018 by scaring enough Republican voters into moving out of state.

Quite simply, there were too many Republicans in Illinois for a liberal progressive to win the governor’s office, and that’s all the Democrats have left.

Republican Governor Bruce Rauner, formerly a political donor and Romney-ish centrist with a very dry personality and stiff delivery, dumped a ridiculous $50 million into his campaign back in December of 2016 to engage in a repeat election message of “keeping down your income tax” that got him elected back in 2014.

With the highest property tax in the nation, a statewide sales tax of around 10% in most places, and a relentless Cook county (Chicago) government that has been hiking fees on everything from cigarettes to soda pops, Illinois has had many choosing to vote Republican in statewide offices to keep the local Democrats in check.

Get rid of those voters and Democrats don’t have to worry.

Enter the scare tactics of the House Democrat caucus, who sent people on radio and television to campaign on all kinds of ridiculous potential efforts, from gun seizures to outrageous tax hikes.

A blitz of threats were finalized in a Democrat plan while the lunatic-fringe Democrat candidates were just announcing for governor:
• Raise the income tax to 4.95% from 3.75%
• Raise the corporate tax to 7% from 5.25%
• A new 6.25% tax on tattoos and piercings
• A new 5% tax on satellite TV
• A new 1% tax on Netflix and other streaming services
The stereotypical freedom loving, anti-tax Tea Party lover will be in Indiana before anyone has a chance to tax his tattoo.

If you aren’t being paid by the government somehow, and if the Democrat plan didn’t scare you out of Illinois, the Republican plan will, here it is:
• Raise the income tax to 4.95% from 3.75%
• Raise the corporate tax to 7% from 5.25%
• A “four-year” property tax freeze
• An increase in tax money flowing to wasteful school districts

While Rauner and his crew were so out of touch that they thought this was a way to speak common sense, it only aggravated people into losing complete and total hope in any Republican effort to restore sanity to Illinois government, a government that is literally spending more money on pensions and welfare programs than there is money to pay for it. 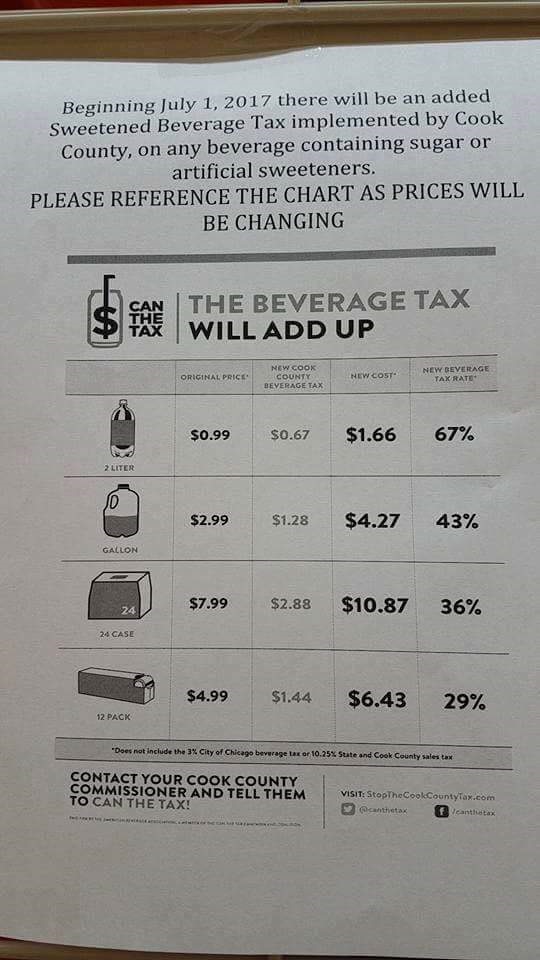 Rauner was afraid to campaign without ever having a state budget in place, and because of this he cut some kind of deal with Democrats: go ahead and pass your budget and I’ll make sure you have enough Republicans to override my veto.

It seems like a good plan, right? Democrats can win and Republicans can shrug their shoulders, claiming they weren’t for tax hikes.

I can see some inarticulate bumpkin political hack high fiving people after coming up with the idea.

This might seem like a political victory, allowing him to claim he did everything he could to keep the taxes low, but only solidified hopelessness and gave a big boost to U-Haul franchisees.

And worse, lost Rauner (literally) a couple percentage points worth of registered voters.

And now, whether Rauner knows it or not, he’s part of a grand plan to finally move downstate (GOP leaning) voters out of Illinois once and for all so that Illinois can become a playground for liberal-leaning progressive crazies to bankrupt the state in order to call for federal intervention to prop up their bad government.

Without any hope of resetting Illinois’ political leadership, these efforts go down in history as the catalyst for a new lunatic left effort to pitch a failing Illinois against President Donald Trump and the federal government with their unlimited ability to print all the money Illinois needs to operate badly.

Is Illinois too big to fail?

We’re going to find out.

Second Image: Photo of political flyer being distributed in the Chicago area.

Fauci Appears to Downplay Concern Over Omicron Variant
The Lid