This is NOT ‘Fake News’, but when you see what it is, you’ll wish that it WAS made up.

Yes, you read that right.

Here is the horrifying title:

Ok, prepare yourselves — it’s time to quote the article:

Without all the run-of-the-mill hoopla, here is the lowdown on everything you need to know about butt stuff, no matter who you are, whom you’re having sex with, or who you want to have sex with.

This is a far cry from the beauty and fashion tips, you’d expect in a teen magazine.

It’s also very different from the other articles in the online issue:

So, what is the propaganda that they’re peddling to their teen readers?

The anus is full of nerve endings that, for some, feel awesome when stimulated. The opening of the butt hole is where the nerves are most condensed, so you don’t have to put anything that far up there (if you don’t want to) for it to feel good.

FYI, this ClashDaily Editor is a woman married for almost 20 years, and I think it’s unnatural, gross and weird.

The article in Teen Vogue is directed at both males and females, but the author doesn’t go into those incendiary gender terms like ‘male’ and ‘female’.

Because, according to the new liberal normal, some women have penises.

Nope. Not a great idea. You need to start slowly. The anus is a muscle that needs to be worked up to having larger objects inserted. Start with finger or a small (I do mean v small) butt plug and either warm yourself up or have a partner help. To do this, lube up your finger or toy and gently massage the anus. As you feel more aroused and comfortable, work the object inside. Gently move it around to loosen up the area.

Never put any toy up your butt that does not have a flared base. You do not want to lose anything up there, the rectum is expansive. No, you cannot just “poop it out.”

Likewise, stay clear of all oil-based lubes as these too can damage the integrity of a latex condom. When in doubt, go for a water-based, unscented, unflavored lubricant if you’re unsure about the lube you’re using.

Of course, that was added in after the fact:

And they mock teaching Abstinence.

The ‘education’ even includes the uncomfortable issue of poop:

That being said, yes, you will come in contact with some minor fecal matter. You are entering a butt hole.

Some really important things were left out.

You’ll never see it in the Liberal Media (D).

ClashDaily posted a very important story that is often overlooked.

And we did it during Pride Month.

As Joseph Sciambra tells it, these injuries are not uncommon in the homosexual community.

I’m pretty sure Teen Vogue won’t cover that, though. 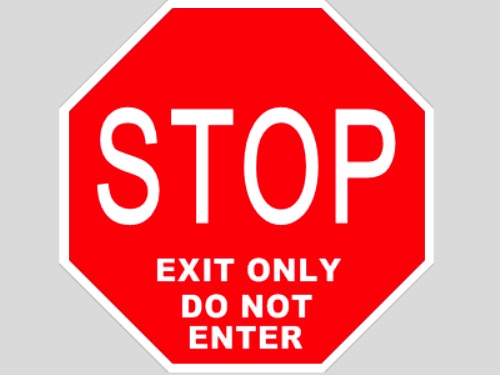