The horrific incident was broadcast live on TV.

Here at ClashDaily, we keep warning you that animals can behave unpredictably.

But sometimes, they behave just as you would expect them to.

Herding bulls to the arena?

Ok, the bulls are going to run there.

If you want to run ahead of them, there’s only one thing you need to do: Make sure you run faster than the bulls.

The annual Pamplona festival of the Running of the Bulls always ends up with injuries.

Those injuries are suffered almost exclusively by tourists.

A man was hurled into the air and trampled by half-ton bulls on live TV on the second day of Spain’s annual Running of the Bulls festival in Pamplona.

The footage – the most dramatic of this morning’s run in the Spanish city – shows the man lying motionless on the ground in a white T-shirt, chequered shorts and trainers.

…There was no immediate word on the condition of the man thrown into the air and dragged along the ground while he was trampled by the half-ton animals.

Red Cross officials were pictured afterwards surrounding a man with a neck brace, but it was not clear if he was the one whose dice with death was filmed live on Spanish TV.
Source: Daily Mail

Here is a quick and dirty summary of injuries (so far) for this year’s Running of the Bulls Festival:

– On Day 2, a total of 10 people were hospitalized, including 5 Americans

– The total number hospitalized with injuries stands at 14

We are currently on Day 2 of the festival.

There are still 7 days to go.

Here are a couple of still shots: (AGAIN, GRAPHIC) 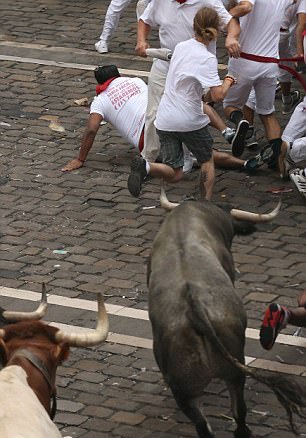 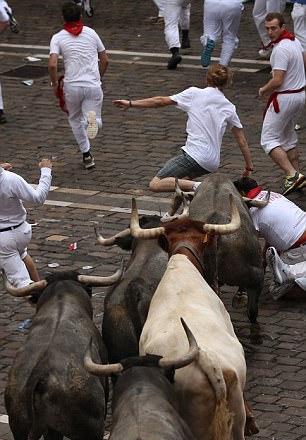 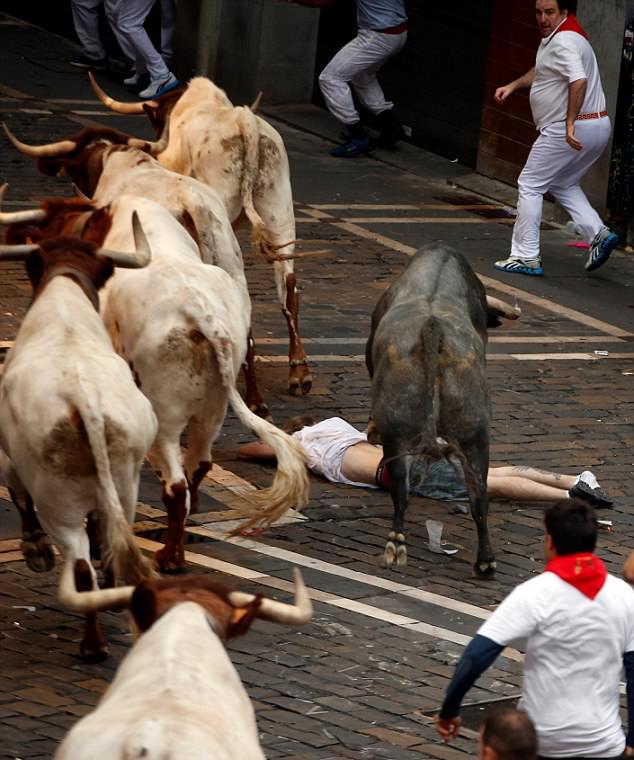 I’m sorry, I don’t mean to pick on the guy that could be fighting for his life and all… but is that a man-bun?

I think I see your problem… 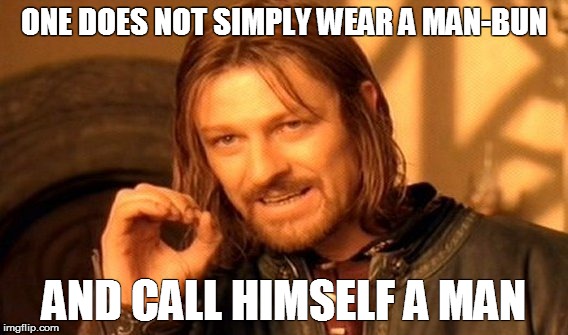