Whether in popularity at the polls, or while mingling with world leaders and their families, people are really liking our First Lady.

In their seething hate, the Left has done everything they can to tarnish anything with the name Trump on it, not just Trump himself.

There was a boycott campaign against Ivanka’s company. One gym owner even ‘outed’ Ivanka for the sin of having signed up for her lousy fitness classes.

They’ve targeted his sons for their hunting, and even little Barron has taken some shots.

Melania herself was the target of all kinds of ‘shaming’ type posts by people on both sides of the political aisle who opposed Trump’s Presidency. Certain pictures of hers made the rounds and were used to impugn her. One news source had even made false accusations about Melania’s character and history (they lost a defamation suit and retracted).

Through all this, Melania has by her actual behavior, embodied the slogan the Left merely repeats. You know the one: ‘when they go low, we go high’. Hillary, Michelle, and the others on the left, for all the venom they spew,m could never even come close to living up to that boast.

Melania, on the other hand, has done exactly that. She takes the high road, not as a political tactic (like some former FLOTUSes we could mention), but because it comes naturally to her. 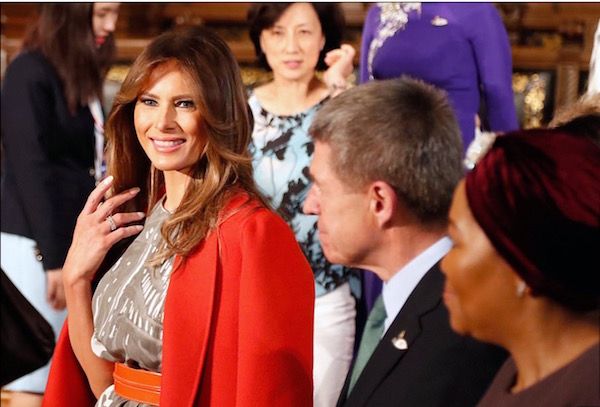 Even when personally attacked, or inconvenienced she has not lashed out. Several of the delegation were stranded and unable to join up with the main group due to the protests. Here’s her twitter reaction to that same protest:

Thinking of those hurt in #Hamburg protests. Hope everyone stay safe! #G20

Go back as far as you like, her tweets are refreshingly pleasant and friendly. She’s ‘winsome‘.

People have noticed. And they’re liking it.

Despite all the negative press, she already has positive approval ratings. And they’re climbing with every poll taken. 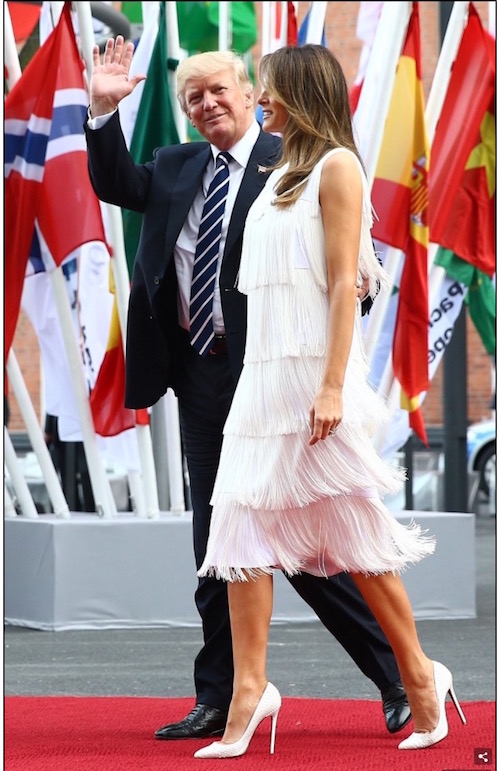 It’s not just her fashion sense — even though, wow, what can we say? She looks amazing!

But even a hardened old KGB agent couldn’t help but warm to her. 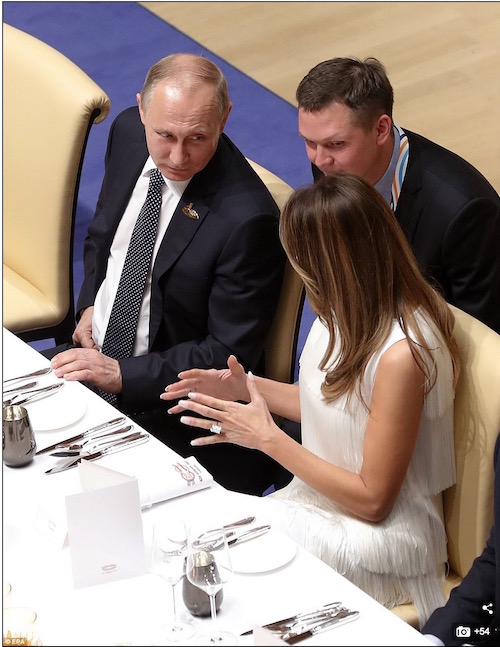 She mingled with Mrs. Trudeau, and others, and was generally well-liked.

Listen to ClashDaily’s Big Dawg, Doug Giles and his buddy, the ever-astute Rich Witmer explain why: