Sebastian Gorka is a national security advisor to President Trump. He is also a total badass. Here is the video proof.

On Monday, June 5, Gorka warms up with one of the dumbest guys on TV — CNN’s Chris Cuomo. The dense and hyper-Leftist Cuomo is desperate to paint the Trump Administration as ‘Islamophobic’. And he is determined to make sure everyone knows that that’s why the Executive Order on high-risk terror nations was given — not for national security reasons, but because of xenophobia.

The fact that the top six nations with the largest number of Muslims aren’t included in the Executive Order. These nations are: Indonesia, Pakistan, India, Bangladesh, Egypt, and Turkey.

If it was an actual ‘Muslim ban’ don’t you think that one or two or six of those countries would be included?

Probably because despite the overwhelming evidence, it’s ‘Islamophobic’ to associate random acts of terrorism with Islam.

Much to Gorka’s consternation, Chris Cuomo just wants to cover the President’s Tweets.

And it just kept going.

Gorka appeared on several CNN shows, and they all went the same way.

Here they are, in no particular order:

(Of course, Cooper took a cheap shot after he left, calling him the “Hungarian Don Rickles”. He didn’t have the moxie to say it to his face, though. And they wonder why even BUZZFEED has thrown CNN under the bus.)

Concha called him on his bias and cowardice

“Anderson Cooper, the face of that network and their highest-paid person there who should act like a professional, called Gorka ‘The Hungarian Don Rickles,’” he stated. “So that is where things are getting personal. It’s no longer about anything else but hurling an insult where a guy can’t defend himself.”

He added, “If you’re gonna insult somebody, don’t bring up Don Rickles. He just died three months ago. He was beloved. Find another example besides a beloved entertainer like Don Rickles.” -Read More

All he has to do is hold up a mirror and show everyone who these clowns really are. 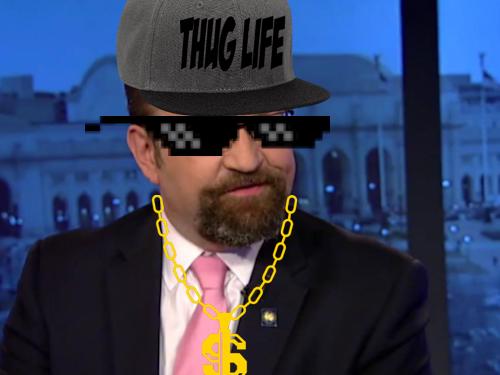