The Anti-Trump crowd can say a lot of things, but one thing that they cannot deny — President Trump loves the United States.

He’s so committed to this country that he has donated his first quarter salary of $78,333.32 to restoring a national historic site.

Copy of Trump’s check donating his 1Q salary to the Interior Dept displayed in the WH press briefing -> pic.twitter.com/mw5ZM6oUNG

By contrast, President #44, Barack Obama, uses his big book advance for luxury vacations and to travel to various spots around the world denouncing the current President.

Unlike the ‘Progressive’ politicians like Barry, Bernie, and Hillary, President Trump actually gives money to causes he believes in.

In this case, preserving our history.

One that some on the Left want to rewrite.

When asked about those who want to remove Confederate monuments across the South, Zinke told Breitbart News that “history is important.”

“I’m an advocate for recognizing history as it is. Don’t rewrite history. Understand it for what it is and teach our kids the importance of looking at our magnificent history as a country and why we are who we are.”

Zinke was joined by Civil War Trust President James Lighthizer who spoke on the importance of saving America’s endangered battlefields.

“I’ll tell you what the point [of preservation] is,” Lighthizer remarked. “When you look at the first 90 years of America history, and you reflect on the Revolutionary War, the War of 1812, and particularly the Civil War — what you have is the American history.”

The National Park Service is behind by about $230,000 on the maintenance of battlefields alone. This is a step in the right direction.

Shortly after the announcement was made about President Trump’s salary donation, an anonymous donor pledged $22,000 to bring the total to a nice, round $100,000.

The donations continue to roll in. The Civil War Trust and the National Park Foundation, and Save Historic Antietam Foundation have also donated funds. The total is now up to $263,545.

The money will be used to restore Newcomer House on the Antietam Battlefield as well as replacing 5,000 feet of deteriorated rail fencing. 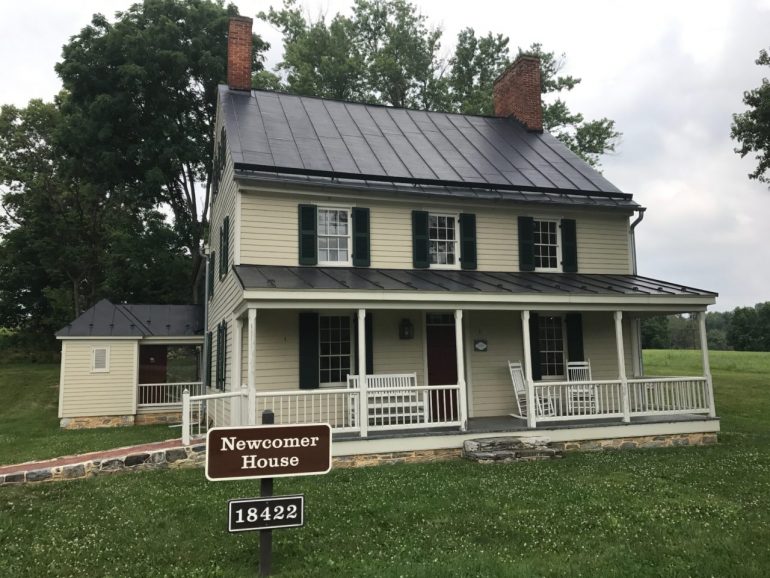 Known as the “bloodiest one-day battle in American History,” the Battle of Antietam of the American Civil War left nearly 23,000 soldiers dead, wounded, or missing after just twelve hours of combat on September 17, 1862. With over three million bullets fired, one troop fell every two seconds on average.Source: Breitbart