If some sins are bad enough that we should NOT honor their memory with statues, then this is should be a no-brainer.

The Left is getting hammered by their own logic.

Bill Clinton has never really had to pay a price for his sins.

Unless you call settling out of court ‘paying a price’.

On November 13, 1998, Clinton settled with Jones for $850,000, the entire amount of her claim, but without an apology, in exchange for her agreement to drop the appeal. Robert S. Bennett, Clinton’s attorney, still maintained that Jones’s claim was baseless and that Clinton only settled so he could end the lawsuit and move on with his life.

She was by NO means the only person who accused him of such actions. Remember the guests at the debate? Bill certainly does: 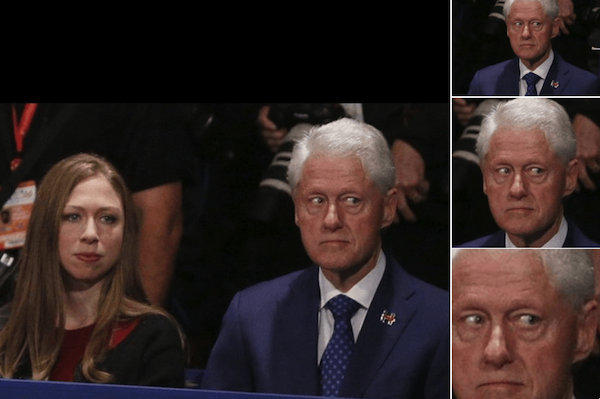 But now Juanita Broaddrick, who claims she was raped by Clinton in the 1970’s, is adding a statue of the Democratic icon to the list.

“I would like to ‘personally’ use a sledgehammer on it, with the help of Kathleen Willey and Paula Jones,” Broaddrick told the American Mirror, referring to other alleged victims of Clinton’s sexual advances.

Jones backed up Broaddrick, saying she agreed with the call to pull down the statue to the man she says showed her his “crooked pee pee.” — Breitbart

YES..I am ????% offended…and all WOMEN should be too…and to think Taylor Swift was only grabbed on the ASS (her words)…

But when you think about it… she’s not wrong.

Here are a few related stories:

And we’ve seen statues of racists the Left has REFUSED to remove.

We have even offered a suggestion of something the Leftist Thugs and Conservatives might actually be able to agree on taking down.

(And we didn’t even have a chance to cover the Chicago bust of Lincoln that they burned. Or the plaque there that calls Lincoln a ‘Democrat’.)