Jenner is still an advocate for Transgender issues — AND — is still on the Trump Train.
The identity politics crowd are losing their minds over it.

It was shocking enough to the hardcore left when Jenner didn’t march lockstep with their identity politics.

Jenner did not subscribe to group think and didn’t drink the political bong water.

Then Trump made his Twitter announcement about Transgenders in the military and activists assumed that would be a bridge too far, and that Jenner would switch teams.

There was, after all, a Twitter response to President Trump’s announcement.

This AM, @POTUS attacked trans people fighting for our country. Every American should be outraged. My full response: https://t.co/ALJwnvFwQg

Did the anticipated defection materialize? Not only did it not materialize…

There’s a photo. Jenner is wearing (gasp!) THAT hat!

Caitlyn Jenner isn’t letting the whole transgender ban thing get in the way of what appears to be her undying support for President Trump.
Jenner was out and about Thursday, in a sporty car sporting a “Make America Great Again” hat.
It’s pretty stunning, because she went ham on the Prez after his transgender military ban tweets, saying, “I believe every American should be outraged by the disrespect shown to those people wearing our country’s uniform.” —TMZ

Here are some of the reactions for failing to be assimilated into the leftist hive: 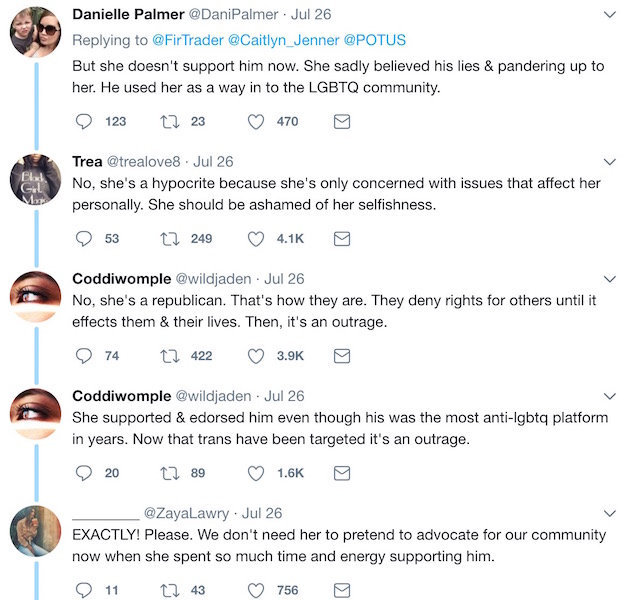 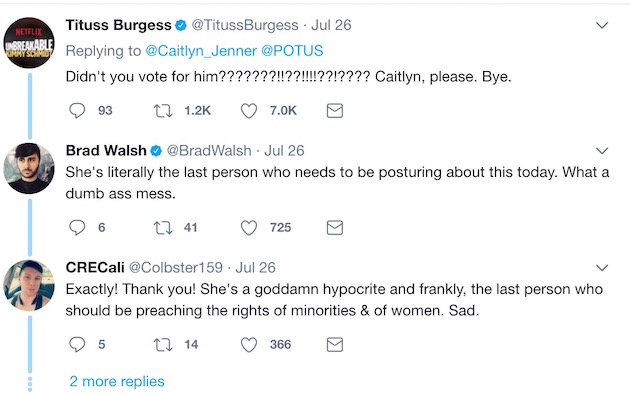 It’s dangerous to play for the Left’s team. Even the smallest deviations or heresies are punished harshly.

Maybe that’s why Jenner didn’t take out membership in their navel-gazing society.

The big ideas in this book used to be called ‘common sense’. The fact that society has abandoned them play a big role in the mess we find ourselves in today.

Want to cut down the confusion between authentic masculinity and it’s modern counterfeit? Pass this book around to those who need it.