This is not a man, this is a monster.

Prosecutors were seeking the death penalty due to the horrific nature of the crime.

After lashing out and murdering her last year, Lopez pulled her intestines out of her, seemingly with his bare hands, then sexually molested her by inserting a beer bottle and a hair straightener in to her vagina.

He then called 911 to report that she was having trouble breathing. When police arrived, they found the woman’s lifeless, mutilated body in the bathroom.

That is unbelievably horrific. 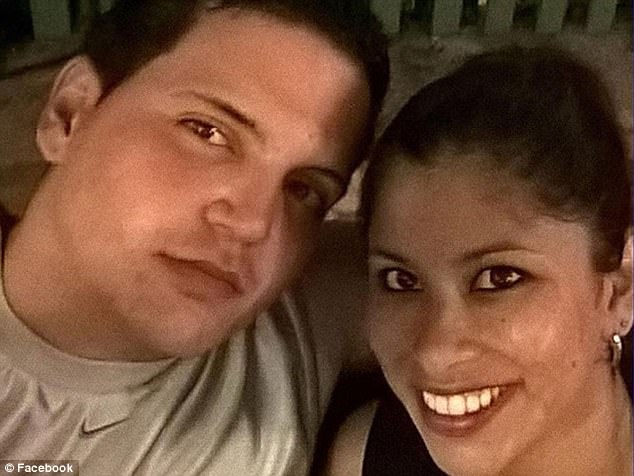 When police arrived at the scene, they found Lopez crying next to the body of Nemeth.

Once in custody, he claimed the pair had been having rough sex when she got up to go to the bathroom, complaining that she did not feel well.

He said she vomited and then passed out.

At first, he tried to plead not guilty and stick with that story, but the evidence in the apartment quickly made that an impossible option.

Police quickly poked holes in his story, pointing to the large pools of blood on the bedroom carpet and blood stains that were found inside a closet.

They also discovered bloody chunks of tissue at the scene.

He finally confessed to the murder and what sent him into the rage that cost Nemeth her life.

He then conceded that the pair had been having sex inside the closet when she called out the other man’s name, sending him into a violent rage.

On Thursday, he apologized to the woman’s family through a translator.
Source: Daily Mail

Lopez has been sentenced to life in prison with no possibility of parole because of the plea deal.