You think embarrassment about history would be enough for the Left to dial down their stupid accusations against the right.

Especially the references to racism, and the KKK.

For the Left, these are historically awkward. 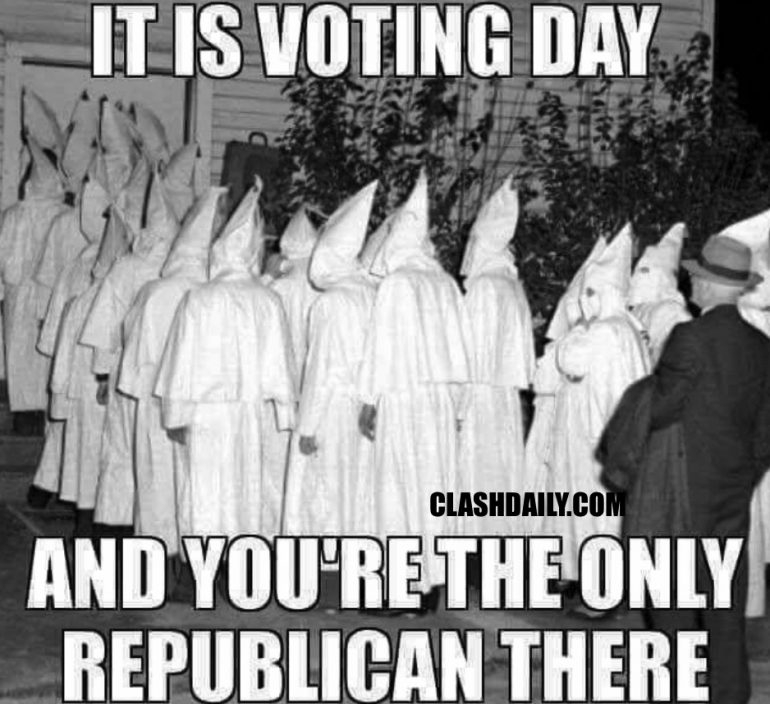 Look up “Klanbake” sometime. 1924 DNC Convention. You’ll see something like this. 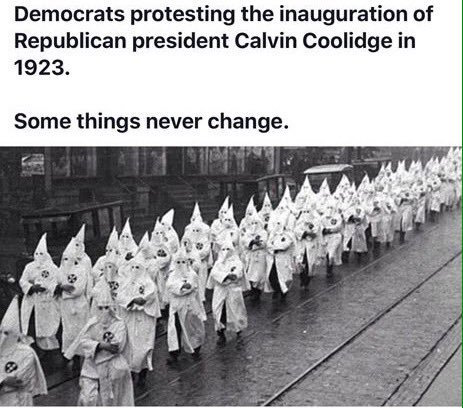 It was like a StarWars convention. Only with white hoods instead of Wookie costumes.

More to the point, it wasn’t the REPUBLICAN party that stood in defense of Slavery.

Do they even know what the breakdown was in the vote for the Thirteenth Amendment?

The Senate passed the amendment on April 8, 1864, by a vote of 38 to 6; two Democrats, Reverdy Johnson of Maryland and James Nesmith of Oregon voted “aye.” However, just over two months later on June 15, the House failed to do so, with 93 in favor and 65 against, thirteen votes short of the two-thirds vote needed for passage; the vote split largely along party lines, with Republicans supporting and Democrats opposing. — Wiki

It was eventually passed. But which party objected?

Maybe the perpetually race-baiting Left needs to stop splitting us all into rival groups and instead rediscover the idea of E Pluribus Unum.

It’s a good idea. They should try it.