As though life hadn’t dealt Marisha a hard enough blow, being as she’s an orphan.
Then came the desperate battle to preserve her life.

She has lost her nose, parts of her jaw and eight teeth during her 3-year battle. At least she’s got a strong, fighting spirit.

In the beginning, even the doctors dismissed it as ‘just a pimple’.

Zits. Nobody likes them. And almost everyone has had them. That’s why the doctors didn’t think much of Marisha Dotson, (28) of Knoxville Tennessee came in to have a lump on her nose looked at.

They sent her home and thought nothing of it until it doubled in size, and she started to feel unwell.

Since then, she’s fought long odds to save her life in a desperate battle against a VERY aggressive skin cancer.

Miss Dotson, who is an orphan, said: ‘Cancer took my nose and parts of my jaw, but not my body so I will keep on fighting.
‘I earned these scars and should be proud of them as they are a testament of my will to live, the blood, sweat and tears I shed to survive.
‘I have to use a dental implant now, without it I can’t eat or talk because of all the missing bones in my face.
‘The damage I have now I will live with for the rest of my life, I’ve given up on the cosmetic side of things and just feel so lucky to be alive.’ — DailyMail

This was her photo BEFORE the cancer battle: 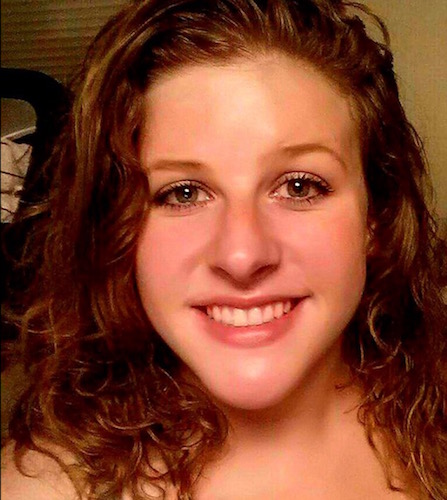 She added: ‘Early on, I made a decision that whatever pain I had to go through to live a little longer I would do and also I have a brother to take care of so I have to be around for him.
‘Surgeons removed the bone in my hard palette, I lost eight teeth, my sinus cavity and tissue from under my eye and there is also a huge gap on the left side of my face.
‘The odds of me surviving this form of cancer were very low as were the surgery success rates, I was given less than a 20 per cent chance of still being here today.
‘But now I’ve had two tests to see if the cancer has come back and both are clear, which has given me hope so I’m very optimistic about the future.’

These are the scars she wears proudly. 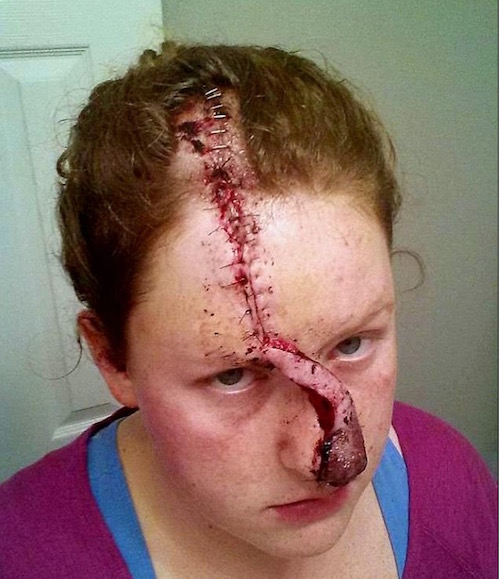 What keeps her going? She has a brother to take care of, and she has to be around for him.

Love and dedication to her family.

The next time you see someone complaining about how the deck is stacked against them, that things like ‘the system’ and ‘patriarchy’ and ‘privilege’ make life not worth living…

The next time you see someone complaining about how miserable their life is because they have to struggle a little..?

Better still, show them her picture, and show what SHE has said about those life-altering scars. (In her case, they were life-SAVING scars.)

And tell them to cowboy up an stop whining and blaming everyone else for where they are in life.