The Most Trusted Name In News? Not a chance. You know how CNN would spin this story.

Look at how they’ll exploit people in the midst of tragedy to get ratings.

You know that the race-baiters and offense-mongers at CNN would take this image and push a racist narrative and have the whole thing spiral out of control.

You know, a ‘full eclipse of the facts‘, so to speak. 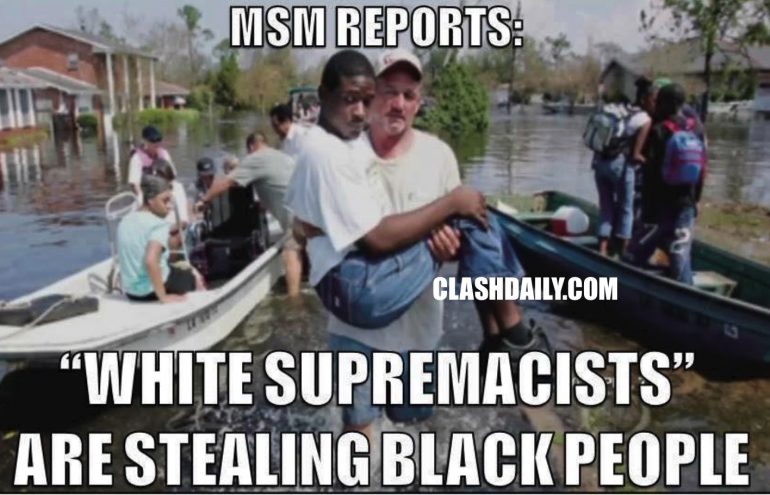 Couldn’t you just imagine a breathless Jim Acosta outraged over all the looting of black people by white supremacists?

Maybe Wolf Blitzer would have on a former Mizzou Prof to discuss ‘bias’.

These people need to stop.

When Ben Shapiro appeared on Don Lemon’s show after the outrageous comments by Lemon the night before, Shapiro called him out on his bias:

These folks in the Media (D) refuse to acknowledge that their bias tilts the news.

Here at ClashDaily, you know what you’re getting — Conservative commentary of the news based on Judeo-Christian values and America’s founding documents.

The Media (D) is not objective, and they have an agenda.

Which they actively push.

But they don’t disclose it and, as Shapiro so eloquently put it, hide behind a ‘patina of objectivity’.

This is why the President says that the ‘Fake News Media’ is the enemy of the American people.

But perhaps the greatest accomplishment of the Trump Administration is yet to come — the fall of the Fake News Media (D).

The times, they are a-changin’.